A man has pleaded guilty to the murder of Glasgow retailer Asad Shah. 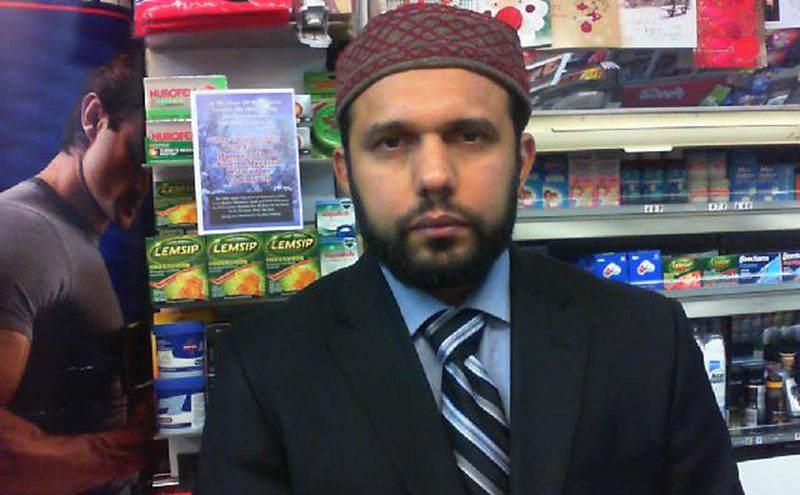 Tanveer Ahmed, from Bradford in Yorkshire, killed Mr Shah in a religiously motivated attack outside his shop in the Shawlands.
Ahmed pled guilty to the murder at a hearing at the High Court in Glasgow.
Scotland’s convenience retailing community was shocked and saddened by news of the attack back in March.
Mr Shah, 40, was killed in the street just hours after wishing friends “a happy Easter” on Facebook.
He was discovered with serious injuries close to his shop in Minard Road and taken to the Queen Elizabeth University Hospital where he was pronounced dead on arrival.
Bradford taxi driver Tanveer Ahmed 32, was subsequently arrested and charged with murder.
Described as a pillar of the community, Mr Shah was an Ahmadiyya, a group known for its peaceful interfaith concerns. He had uploaded hundreds of videos about his spiritual beliefs to Facebook and Youtube.
In April, Ahmed issued a statement through his lawyer declaring that he killed Mr Shah in order to protect the honour of Islam.
He said: “This all happened for one reason and no other issues and no other intentions.
“No one has the right to disrespect the Prophet of Islam Muhammad, Peace be upon him.
“If I had not done this, others would and there would have been more killing and violence in the world.”
Judge Lady Rae said there was “no justification whatsoever” for the crime and he would face a very lengthy period of imprisonment.
Sentence was deferred until August and Ahmed was remanded in custody.