Omar Nasir has been running his family’s retail business for the last eight years. His growing portfolio includes two Spars and a Day-Today, all in Motherwell, North Lanarkshire. 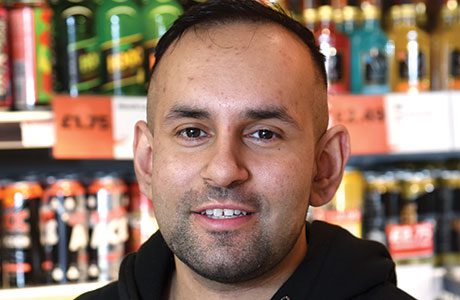 Which areas of retailing currently present the best opportunities?
Chilled definitely offers the most opportunity. It’s got more margin in it. We’re getting three deliveries a week on chilled, just in the Leven Street store, from CJ Lang and from local suppliers. That’s why I introduced a new chiller too, so we could get more ready meals into the store and get the sales up. Big sellers are breakfast foods, cold meat, and we’ve just introduced Indian ready meals, which are selling really well.

What are the biggest challenges facing retailers?
It’s pricing. Every time the prices from suppliers go up we’re having to bump them up as well. That’s a big challenge, because there are so many shops about now. Everywhere, in every corner somebody seems to be opening a shop. A Tesco Express recently opened up not far away from us. The worst thing about that is when it opened it wasn’t doing so well, but then a Domino’s opened next door. And it’s the only Domino’s in Motherwell, so people going there are naturally going to shop in Tesco now. Just bringing new customers into your shop is really difficult, but so is holding onto your existing ones. Tesco’s a big company, so it’s very hard to compete against that.

What technology do you find useful for growing your business?
We recently replaced our cigarette gantry with a vending machine from a company called VDMS. Ours is one of the first stores in Scotland to get it. You just press a button on the till and the pack dispenses itself. You don’t have to go through the flaps searching for it. Plus, there are screens on the front, so you can advertise promotions and play videos as well. The biggest advantage is that your money’s not tied up. When I had the gantry I’d have 15 rows of Mayfair, but you don’t need all that. It’s just money tied up on the shelf. Now three times a week I’m getting cigarettes, so money rotates better. And customers are fascinated to come into the store and see something different, that no-one else has got. It’s the best option for the future. People with flaps and overhead units, what are they going to do when plain packaging comes? How are they going to find the packs they want? We just press a button.

How do you try to differentiate your business from the competition?
We try to offer new stuff, the latest gadgets and promotions that are better than other companies. We planned to introduce the Post Office, but that fell through, so at the moment we offer Collect+ through PayPoint. It does take up a lot of room but it’s a footfall driver and it’s a way to actually make money with PayPoint, because you get commission on each parcel. A customer of ours has a company that sells fancy teddy bears and she’s in here with 20 parcels every day.

What effect do you think the rise in the minimum wage will have on businesses?
I think it’ll mean more people under 25 being hired, probably more foreigners, and students. For example, we’ve got a high school nearby and Motherwell College and the Job Centre call us about taking young people on. There’s no shortage of young people. We have staff who have been here a long time, know the area and the customers. Businesses would have to keep people like that. But I think many other positions in retail will go to the younger generation. 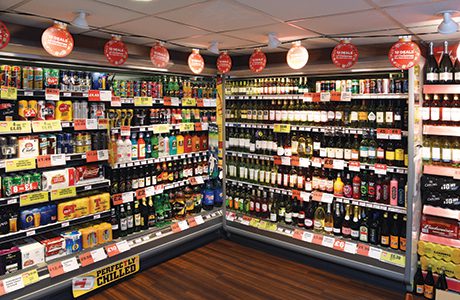 What are your thoughts on the idea of a social responsibility levy?
I think that’s totally wrong. If you’re selling alcohol, regardless of how much you’re selling, you should be paying the same as any other business. Everyone’s got their own mind. It’s the same with smoking. New laws haven’t stopped people buying cigarettes. If someone wants to smoke they’ll smoke and if someone wants to drink they’ll drink. We shouldn’t be penalised because they choose to buy it here. You need to be responsible and if someone was already drunk we wouldn’t sell to them, but a law like that isn’t going to stop anyone drinking. I think it’s a good aim for the Scottish Government to try and get people to cut down their drinking, but it’s going a bit far now on some levels.

What are your plans for Christmas?
We have seen a decrease over the years, with people tending to opt for the big supermarkets. I’ve not ordered as much for Christmas or even for Easter, because people are buying most of their Easter eggs from the supermarkets too. I’ll still run Spar promos at Christmas and introduce a few promos of my own, but I’ve not ordered as many selection boxes or advent calendars. 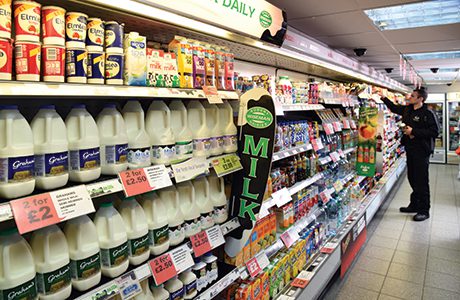 • We’re looking for new generation retailers and new ideas all across Scotland. If you’d like to take part or want to recommend another retailer we’d love to hear from you. Just contact John on 0141 567 6032
john.mcnee@peeblesmedia.com