When it comes to the Scottish Grocer Community Champion Award, the bar is set quite high. Previous winners include such well-regarded names as Premier Mo’s in Blantyre, Broadway Convenience Store in Oxgangs and Mitchells of Inverurie.

Judges are looking for a store that makes an especially strong, effective contribution to its home area and the competition is always high.

This year, the title went to the Premier symbol shop Smeaton Stores in Chestnut Avenue, Kirkcaldy. And it’s not hyperbole to describe this family-run business as the heart of its community.

To their customers, Asif and Abada Akhtar are more than retailers. They are friends, confidantes, people to turn to for advice or assistance. And it doesn’t seem to matter whether people have lived in the area for years or just a few weeks – they know the Akhtars and they trust them. 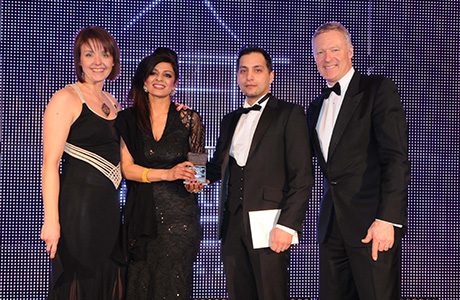 What’s remarkable is that neither Asif nor Abada set out with such an outcome in mind. It has simply developed as they’ve run the shop.

“It’s something that happens with being here every day and having a smile for people, just saying hello and asking them how they are,” said Abada. “Then they start to open up a bit and slowly they build that confidence with you. The next thing you know they’re just telling you absolutely everything about their lives.

“It puts a lot of pressure on you sometimes. It can be quite draining and quite challenging. You get close to your customers, you can’t help it, and you worry about them.”

Sadly, Abada sometimes has reason to worry about the community. The Smeaton housing estate is situated in a part of Kirkcaldy listed as one of the most severely deprived areas in Scotland, on a par with parts of the east end of Glasgow, with high levels of poverty, substance abuse and anti-social behaviour. 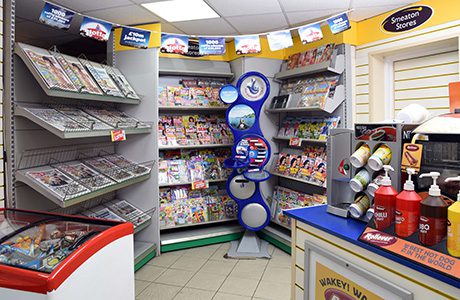 In recent years, the Scottish Government has concentrated funding on the area to make it a better place to live, and Asif, who was practically born and bred in Smeaton, thinks it has made a huge difference.

“I remember I used to be scared standing behind the counter some nights,” he said. “If it was still like that now I wouldn’t be here, but it has improved greatly. And we like to think we had a wee part to play in that.”

Recognising that they could help turn the area’s fortunes around, Asif and Abada have devoted time and money to just about every community activity you could name. 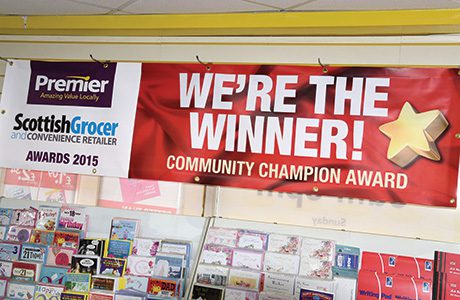 Last year, the couple took their efforts to the next level by organising their first local event – a Halloween disco.

After quickly concluding the store was too small to host much of a party, they settled on the nearby community centre, Veronica Hall. The hall had been struggling for some time through a lack of interest and funding and there was a very real possibility it could be closed. Asif and Abada didn’t want that and had already begun helping with the running costs, but knew the best way to help was to somehow get people using it again. 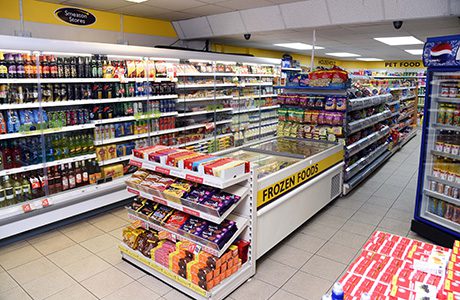 They began working out the details, including a raffle to cover the costs, and invited a few local businesses to donate prizes, which is when things got interesting.

“As soon as I said what the raffle was for they all jumped on board,” said Abada. “You should have just seen how generous people were. It was amazing. I was thinking ‘why doesn’t anybody do stuff like this more often’?”

That’s a question which has stuck with Abada since the disco itself, which was a great success. What’s more, the fortunes of Veronica Hall appear to have turned around, with a host of new bookings, clubs and even lottery funding following in the months since.

With that kind of result, Asif and Abada are determined to develop more events, going “bigger and better” and involving more of the community as part of their continuing efforts to bring people together.

It’s important for them to give something back, because they want to see the area do well.

“We’re at the point where the job isn’t about money any more,” said Asif. “Originally it was, and I was entirely focused on the finances. We’re hardly millionaires now, but as we’ve gotten older the money hasn’t felt as important.”

Abada added: “But everybody’s able to give something back. It doesn’t have to be monetary. Just standing there, listening to somebody can be as valuable as cash. Just offering that support, being there for people, is priceless.”