CONSUMERS are demanding a wide range of choice across the soft drinks category including in sports, energy and functional drinks says Coca-Cola European Partners.

And it sees energy drinks in particular as having evolved in recent years.

Trade communications manager Amy Burgess said: “There has been a huge amount of innovation to make products taste less like energy drinks and more like standard flavoured carbonates.

“We’ve responded with the introduction of a wide choice of flavours, including Relentless variants such as Cherry, Lemon Iced and Apple & Kiwi, as well as brand new Passion Punch flavour.

Burgess went on to say that the modern soft drink consumer is becoming increasingly health-conscious, and the sports, energy and functional drink sectors are each adapting to demand for lighter options.

She said: “The increased focus on lower-calorie drinks has seen us introduce a range of new energy drink variants.

CCEP advises that to make the most of energy and functional drinks sales retailers should position their range prominently at the centre of the chiller, keep drinks cold, stay up-to-date with innovation and stock price-marked packs. 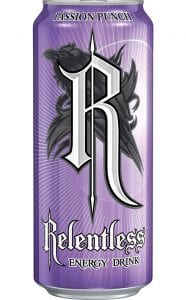 Burgess said: “Energy is one of the best performing sectors in the soft drinks category, with independent consumption sales having grown by 5.3% over the past year.

“Its growth is being driven by a focus on innovation.

“By stocking multiple variants of reduced sugar options, retailers are able to extend their sports, energy and functional drinks offering to suit any customer preference, which can lead to increased sales.”