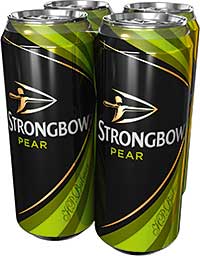 IT may have rained and it may have poured but last year’s summer washout didn’t dampen the spirit of Britain’s soft drinks fans. And that helped the companies that make soft drinks cans and other packs to avoid a flat and fizzless business year.
The Can Makers – the body representing the UK manufacturers of beverage cans – last month reported that a total of 5,147 million carbonated soft drink cans were shipped in 2012 – an increase of 0.6% on shipments in 2011.
But the soft drinks enthusiasm narrowly failed to offset declines in can use in other areas.
Total UK empty can shipments for 2012 reached 9,382 million cans, a decrease of 0.7% year on year.
Unsettled economic conditions and poor weather affected the take-home beer market, with shipments of beer and cider cans down 2.2% to 4,235 million, the industry group said.
But, quoting the market research firm Nielsen, the Can Makers said cans are still the favoured pack choice for carbonated soft drinks, taking more than 57% of the total market. And soft drinks in cans are said to

be growing faster than the category as a whole. The 50cl can continues to show the strongest growth (27%), driven largely, says the group, by the popularity of energy drinks. 15cl cans grew by 12% and 25cl cans by 24%. The 33cl can continued to have the highest unit sales in 2012. The most popular can multi-pack format for soft drinks is eight-packs, which overtook single serves. Four-packs have also seen growth.
In an otherwise flat cider market, positive growth of 1% was achieved for cider in cans. And multi-packs continue to be the most popular way of selling beer and cider, the group said, with substantial growth in purchases of 10, 18 and 24-pack sizes.