With the Christmas confectionery sales period now well underway, the big confectionery brands are turning their attention to spring and Easter. 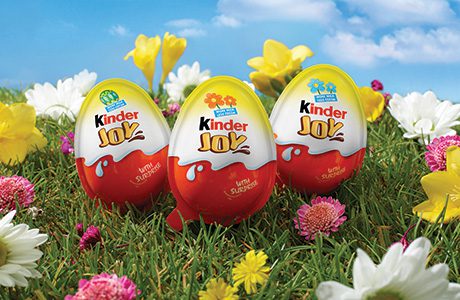 Ferrero says it experienced its best-ever spring season in 2015, achieving sales of £22m  and outperforming the market across all three spring occasions.
And it’s promising big things for its latest addition to the Kinder range.
Kinder Joy – an egg that opens into two halves, one  with a creamy filling, the other with a toy and a spoon  –  has been available in Europe for a number of years and before introducing it in the UK, Ferrero tested the product in Ireland earlier this year.
Customer development director Levi Boorer said: “It was a very successful test. We looked at all the Easter confectionery products people purchased a year earlier and judged whether people who’d bought Joy had switched from other products. We found that a huge number of people bought it without buying Easter products before.
“The figures revealed that 61% of people buying Joy were brand new to the category and the remaining 39% had switched from other brands.
“It is an extra purchase, so we’re quite confident we can add a lot of incremental value with it.”
Kinder Joy will be available from wholesalers from December and will have an RRP of 99p.
Boorer said Ferrero would be spending almost £1m to promote Kinder Joy and added: “We will be focused on smaller stores because we know how incremental that opportunity is.” 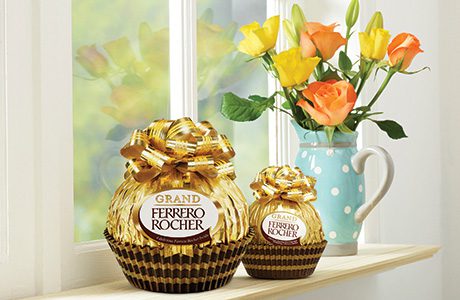 Boorer was keen to stress that there are several seasonal confectionery sales opportunities in spring.
He reckons retailers should manage Valentine’s Day, Mothers’ Day and Easter as three separate opportunities and provide a range of gifting products for each.
And he suggested that convenience stores should avoid trying to compete with major multiples on items such as  large chocolate Easter eggs because of the risk being left with them after the season is finished.
For the gifting market, Ferrero has introduced a new size of Grand Rocher. At 240g it has an RRP of £8.99 and will be available in addition to the 125g version (RRP £5.24).
Boorer said: “Grand Rocher meets shoppers’ needs when looking for something special to give to their loved ones.
“This offers retailers plenty of opportunity to offer their customers something different while also maximising basket spend during this key period.
“What people want is something slightly more premium.