THE latest One Stop franchise store has opened in West Lothian, following an extensive refit period. Javid Iqbal’s store in Blackburn is the first in Scotland to undergo the full four-month transition process that most converts to the franchise will go through.
Both the retailer and One Stop told Scottish Grocer that the change heralds an entirely new way of working and, in some ways, a new way of life.
A Londis retailer for nine years, Javid ceased trading through the wholesaler on 15 June. From that point on, stock began to be replenished by One Stop and any products not in its range were put into clearance.
“For most existing stores the transition process is the way forward,” said One Stop’s Scottish BDM Jim Carroll, who oversaw the development. “Anything that’s not in our range has to be cleared. After a few weeks you get a tipping point where more of our range is in place than old stock and you can start the process of physical development.” 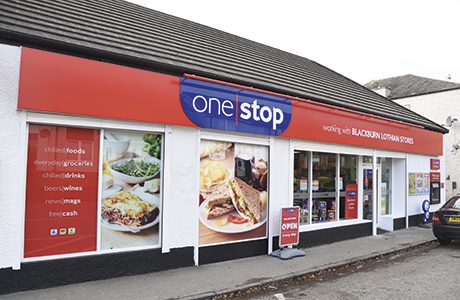 In the case of Javid’s store, the checkout was relocated to the opposite wall, the doors were moved and the tobacco store was knocked down to make room for a separate off-licence area. The old fixtures, fittings and equipment from Londis were replaced with One Stop’s own. Finally, with the fascia in place, Blackburn One Stop had its official opening on 24 October.
Though Javid has control of a small percentage of stock, he is not allowed to trade with other suppliers and must stick rigidly to One Stop’s planograms.
“That’s the difference between us and a symbol,” said Carroll. “They’ll come in and do a beautiful shop and it looks fantastic, but six months later the ranging starts to become unfocused, because the retailer has added lines, they haven’t managed promotions right, they’ve squeezed in something else. With us, our planogram is sacred.

“It’s the same as McDonalds. You don’t get to choose the menu. It’s quite a challenging process for retailers, but getting to that point is where you need to be in order to move over to being a proper One Stop store.
“What I’m finding with a lot of retailers is that they’re used to working in a certain way. They’re used to chasing the cash & carry, looking for a one-off deal and all the time their margins are being eroded, they’re selling stock for less and among the wholesalers no-one’s offering anything really different. The One Stop model is something very different.”
Javid’s wife, Shaista said she found the One Stop model had advantages. “It frees you up to do other things,” she said. “With the One Stop system, all the urgent business is taken care of in the morning. By midday you’re basically dusting your hands and moving on. As long as your staff is well-trained, the stock takes care of itself.
“Javid has been the driving force behind this. He already had this foresight that he wanted to change the way he was working and thought One Stop was right for us.”
Javid views the franchise model as the kind of retailing which will take his business into the future. “The cash & carry model is dated and I don’t think there is any way forward for it,” he said.
“One Stop is actually very progressive. Since we went live, every day that has passed by we have felt more confident, more convinced and more relaxed.
“It used to be that I would get up in the morning and had so much on my mind, I had to go there, there and there. Now I come straight here at 6 o’clock. I spend my mornings here and feel fresh, rested and more integrated into my own business, because I’m in here instead of on the road. ”
Carroll said he has met many independent retailers who feel they don’t have a life. “What One Stop franchisees to a man and woman will tell you is that the franchise model gives you your life back,” he said. “It’s simpler, life is easier, you can either go away and do something more interesting or expand your empire.”
For Javid and Shaista, expanding their empire is exactly what they intend to do, with plans to open two more franchise stores already in the pipeline.
“I always believed I was a smart retailer, but compared to what we’re doing now, I wasn’t up to full capacity,” said Javid. “If you’re not satisfied with what you’re doing, not using your capabilities accordingly, then you’re wasting your time. This model is definitely going to take me a step closer to my ambitions.” 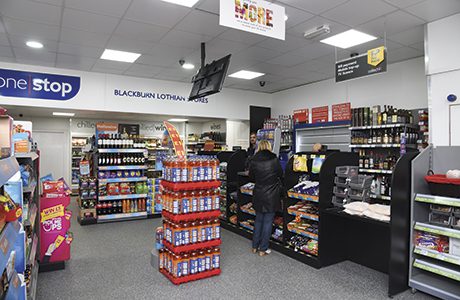