TOAST features in over half of all of the nation’s breakfasts, according to Kantar Worldpanel research. But, according to Allied Bakeries, families also like to seek out alternatives, such as crumpets, pancakes, muffins and waffles.

Martin Garlick, category director, said: “Products such as Kingsmill Pancakes and Muffins (the number one and fastest-selling brands in their respective sectors according to Nielsen Scantrack) are often purchased on impulse or as a weekend treat.
“Retailers should stock these products alongside sliced bread as they are often purchased in addition to the consumer’s usual loaf, making them a great way to drive additional sales.”
In sliced bread, Kingsmill offers a number of options according to Garlick. “Our market leading Kingsmill 50/50 offers a delicious white bread with ‘hidden’ whole grain – offering busy parents an opportunity to deliver a hidden benefit in a product their children love.”
Quoting Nielsen figures to the end of May, he continued: “Kingsmill 50/50 is the fastest selling healthier white SKU and the number one brand in healthier white in impulse. In the past year alone a record 100m Kingsmill 50/50 loaves were sold, representing a 24% year on year growth.”

• Warburtons has linked up with the marmalade sandwich-eating bear, Paddington, to promote its Half & Half bread.
The company’s headquarters in Bolton – as well as 6m of its Half & Half products –have been rebranded as “Warbeartons”.
The promotion is linked to the forthcoming film, Paddington, starring Nicole Kidman.
The brand has been out and about with Paddington, handing out marmalade sandwiches and drawing attention to the brand’s link-up with the children’s favourite. 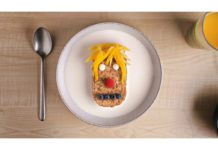 Healthy start to the day 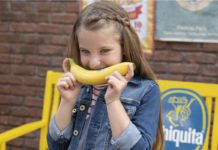 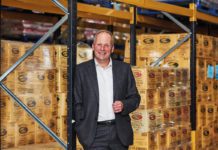 Meet the maker: Hamlyns of Scotland