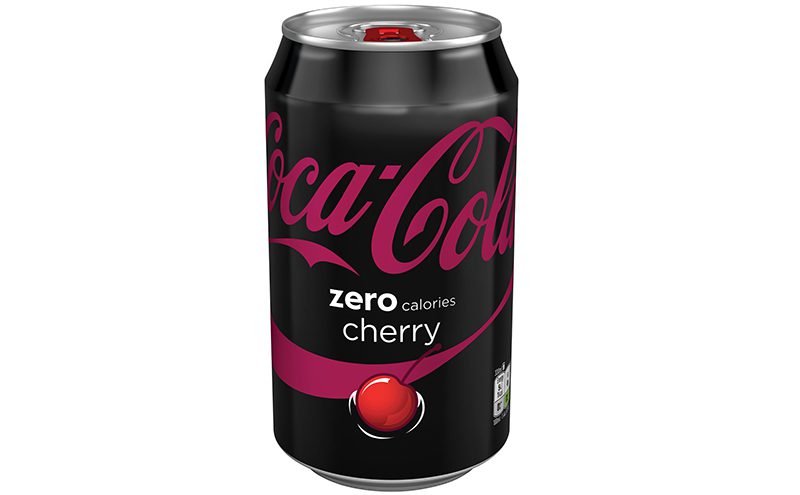 COCA-COLA Enterprises reckons it can appeal to a new wave of young adults by adding to its growing Zero range with the launch of 330ml cans and 500ml PET packs of Coca-Cola Zero Cherry.
Released last month they are the latest  packs in a range of cherry-flavoured drinks,   originally introduced  to the Coca-Cola portfolio in 1985.
Coca-Cola Zero Cherry has been available in multipacks and 1.75ltr take-home packs in the grocery channel. CCE expects the new packs will increase the brand’s market share.
The firm says Kantar Worldpanel figures to summer last year showed cherry flavoured colas achieving 22% growth. It’s confident the addition of Coca-Cola Zero Cherry in instant consumption packs will help retailers increase sales.
The launch  will be backed by an advertising campaign and by point-of-sale materials, as part of Coca-Cola Zero’s first multi-channel media campaign.
And Coca-Cola Zero Cherry will also be available in price-marked packs of 500ml for £1 and 330ml 49p.