THE British Soft Drinks Association has slammed a public health recommendation south of the border that sugary drinks be completely banished from children’s diets.

BSDA general director Gavin Partington said: “The fact is there is no difference between the sugar in soft drinks and the sugar in other types of food and drink.” 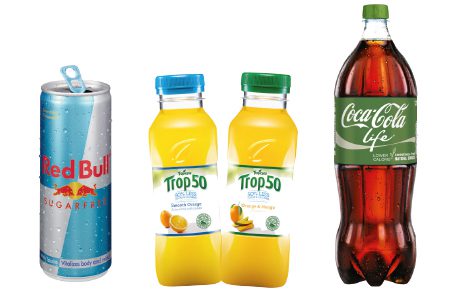 He was reacting to a Public Health England recommendation that followed a Scientific Advisory Committee on Nutrition report on carbohydrates and health. The SACN report recommends a reduction in the daily amount of sugars – including free sugars added by a manufacturer such as those naturally found in fruit juice, honey and syrups but not those in milk products, fruit and vegetables – from 10% to 5% of total calorie intake.

Public health minister Jane Ellison said the Westminster government accepted the recommendations and would use them in its strategy on childhood obesity.

Although the report is part of the English debate it and PHE’s comments are likely to  influence opinion in others parts of the UK.

Partington said manufacturers had reduced sugar intake from all soft drinks by 8% since 2012.

“It is baffling that soft drinks have been singled out and the industry’s work to reduce the nation’s sugar intake ignored,”

In March the World Health Organisation said sugars should not account for more than 10% of a person’s energy intake and that governments should be aiming for a target of 5%.

The SACN report refers to a national diet and nutrition survey which listed the biggest sources of sugar for four to 10 year-olds as 30% from soft drinks and fruit juice, 29% from biscuits, cakes and breakfast cereals, 22% from sweets, chocolate, table sugar, jams and other spreads and 12% from yogurts, fromage frais, ice cream and other dairy desserts.

PHE chief executive Duncan Selbie said: “One-fifth of 10 to 11 year-olds are obese and almost two-thirds of adults are overweight or obese and sugary drinks are a major contributor.

“There is nothing good about a sugary drink, particularly if you are under the age of 11, and we must work together to find ways to wean ourselves from the sugar habit.”