Scotland’s referendum on independence is only a few months away. Today we begin our look at points of the Scottish Government’s White Paper of particular relevance to retailers and we report the views of two retailers who have already made up their minds. Join the debate. Call 0141 567 6074. 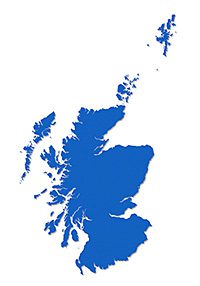 THE current Scottish Government’s white paper, Scotland’s Future, is too long and detailed to cover in a single edition of Scottish Grocer so we plan to look at it over July, August and September.

Scottish Grocer is neutral. In reporting the views projected in the white paper it’s important to say that many critics argue against the Scottish Government’s statements.
The Scottish Government claims that one of the gains of independence will be “economic policy aimed at economic stability and job security”.
In the event of a Yes vote, policy areas currently reserved by Westminster – including macroeconomic policy, the welfare system, financial and business regulation and most aspects of taxation – would be decided in Scotland.
At the moment council tax and local business rates, the two taxes currently devolved to Holyrood, together account for just 7% of total Scottish tax receipts. Changes included in the Scotland Act 2012, due to come into effect over the next one to two years, will give the Scottish Parliament control over two additional taxes which together raise about £400m per year, and some limited control over a proportion of income tax. After those changes Scotland will have responsibility for 15% of Scottish receipts.
It’s said that in the event of a vote in favour of independence there would then be negotiations with Westminster, the EU and others. Next would be a Scottish general election, in 2016, with intentions for independent government stated in the parties’ manifestos.
Two of the most contentious issues in the run up to September 18 have been the currency an independent Scotland would use and membership of the EU: two issues that would have a serious impact on retailers and just about every other business in Scotland. The Fiscal Commission, set up by the Scottish Government, recommends keeping the pound and remaining in a currency union with the rest of the UK (rUK). But that, like so many other substantive details, will be up for negotiation in the event of a yes vote.
Membership of the EU is a more complex issue. The white paper sees membership of the EU as key to Scotland’s economic success. It also makes the point that, in the event of a yes vote, Scotland’s situation will be unique, stating: “There is no specific provision within the EU treaties for the situation where, by a consensual and lawful constitutional process, the democratically determined majority view in part of the territory of an existing member state is that it should become an independent country.”
The white paper envisages no problems in an independent Scotland negotiating entry into the EU. Many opponents envisage enormous problems, not least of all a possible veto from Spain which might be keen to avoid setting a precedent that could then be followed by Catalonia, the Basque regions or other parts of that country.
The white paper takes the view that, while using sterling and remaining within the EU, Scotland would still have considerable financial autonomy, stating: “Monetary unions allow for significant differences in fiscal and economic policies. For example, Luxembourg and Belgium have been in currency union for decades but have substantial variations in tax policies, VAT is 15% in Luxembourg and 21% in Belgium. Corporation tax in Ireland remains at 12.5% but is higher elsewhere in the Eurozone.”
Next issue: more on currency and economic issues. The white paper’s suggestions on tax and other points for retailers.