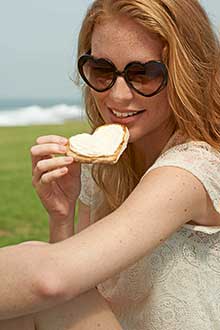 SOFT cheese brand Philadelphia is exercising its showbiz smile after its family-orientated ad campaign hit the small screen last month.
The ‘Love Life, It’s Delicious’ campaign airs until the 23 March in the ad breaks of popular programmes such as Coronation Street, Emmerdale, Hollyoaks and Dancing On Ice.
Brand owner Mondelez International says the ad will be supported by in-store and digital activity designed to help retailers capitalise on the “surprising and glamorous food stories” depicted in the ad.
The company says the aim of the campaign is to promote the enjoyment of sharing food and special moments with friends and family.