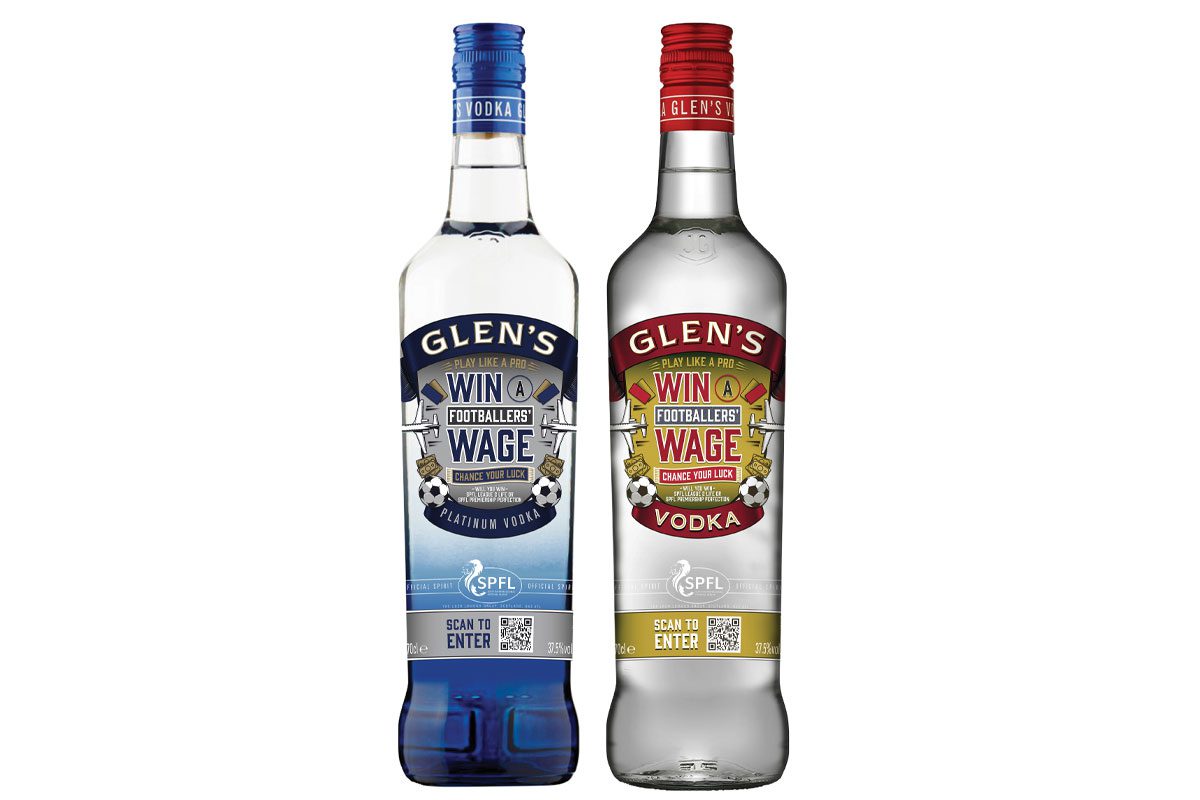 CONSUMERS are in with a chance of winning a footballer’s wage through the latest Glen’s Vodka’s promotion.

Glen’s Vodka is the official spirit of the SPFL. The ‘Paid Like a Pro’ campaign is running across Glen’s Original Vodka and Glen’s Platinum 70cl and 1-litre bottles in Tesco, Sainsbury’s, Morrisons and Asda stores and in the convenience channel.

Consumers are invited to scan a QR code on packs for a chance to win. The QR code directs consumers to a dedicated website where they are invited to ‘take a chance’ in a series of spot the ball challenges. Between a selection of instant win prizes and the grand prize, Loch Lomond Group anticipates over 250 prizes will be won.

The promo is being supported through outdoor, pitch side and digital advertising.