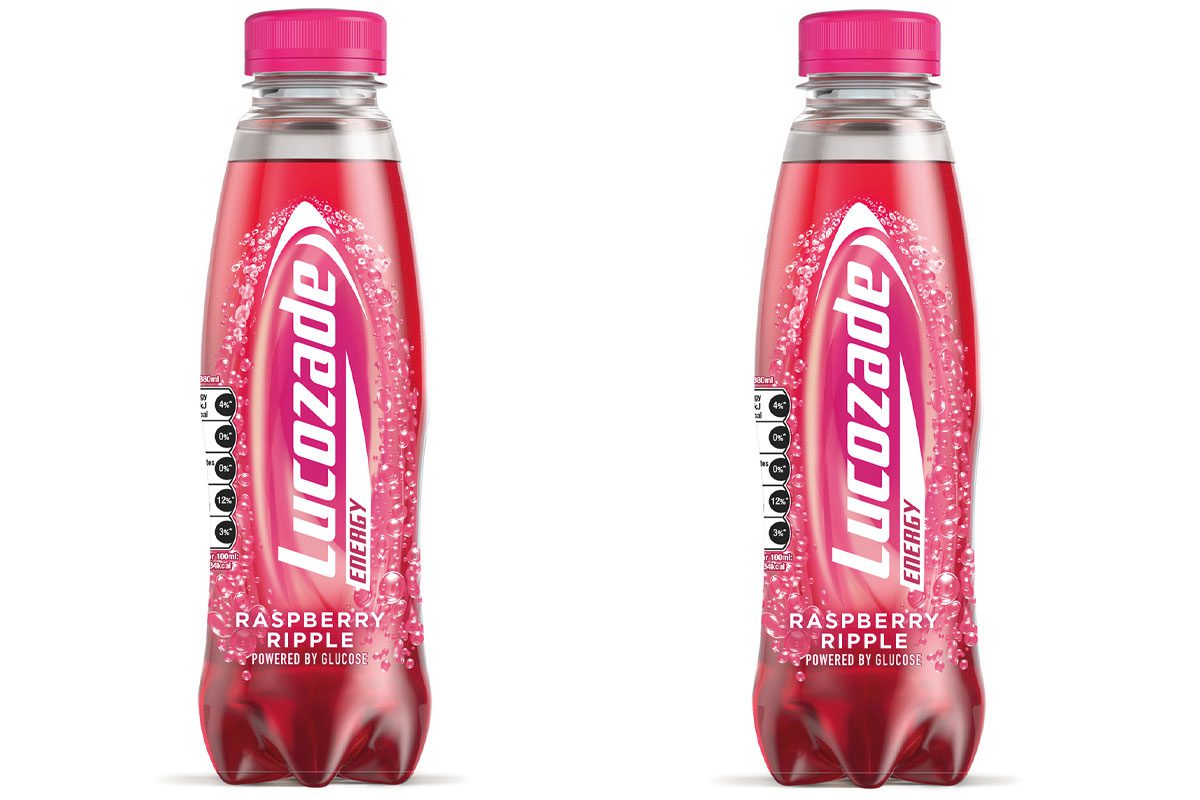 Lucozade Energy Raspberry Ripple is the latest in a line of flavoured NPD for the brand, following on from the launch of a Citrus Chill variant in February.

The new flavour is available in both 380ml PMP and standard pack formats and is backed by a social media campaign.

Zoe Trimble, head of Lucozade Energy at Suntory Beverage & Food GB & Ireland, said: “The Raspberry Ripple name is iconic and nostalgic for British consumers, and we’re confident that the combination of such a great-tasting flavour and the Lucozade Energy brand will be a hit.

In fact, in planning for this launch, 63% of shoppers told us that they would buy a new raspberry flavour if one were available.

“We’re proud of our track record with NPD across the Lucozade Energy range. Lucozade Energy Raspberry Ripple should join recent Lucozade Energy flavour launches Citrus Chill and Watermelon & Strawberry Cooler on shelf to help retailers offer something for every shopper.”