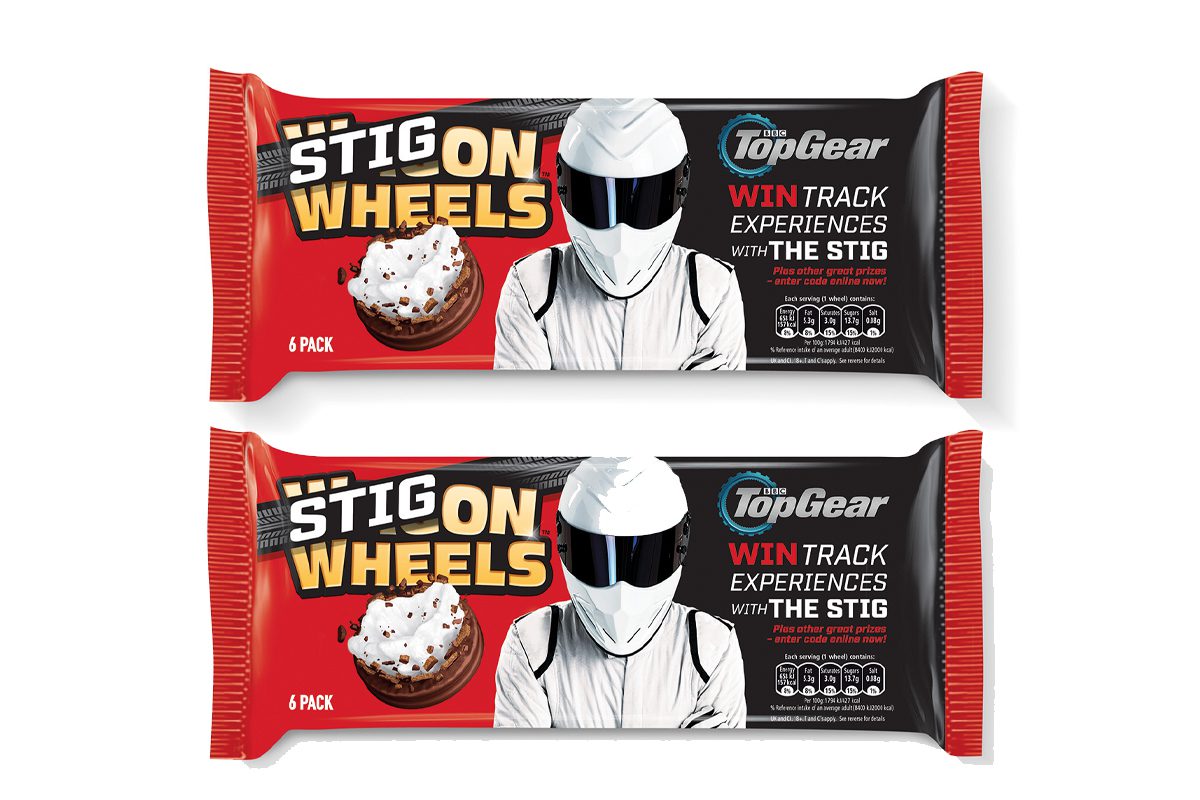 CONSUMERS can win a track experience with The Stig as part of a new promotion from Burton’s Biscuits.

The instant win promotion on its Wagon Wheels brand runs until the end of May and will see 30 individuals invited to jump into the driving seat to race the enigmatic Top Gear star. A further 90 consumers will win subscriptions to Top Gear magazine.

The promotion will be supported by a campaign on Top Gear social channels.

Burton’s will also run a social media campaign and in-store activations to push the on-pack promotion.