Quaker says hot cereals are the future for breakfast

HOT cereals and on-the-go breakfasts are growing strongly compared to the rest of the market, and will be crucial to the breakfast category in future, according to figures produced by Quaker.

The team at the PepsiCo-owned brand has revealed that while the cereal market is in slight decline, the hot cereal market segment is in value growth, at +1.2% – which the firm reckons is fuelled by current consumer trends.

Steph Okell, senior marketing manager for Quaker said  that longer term growth for hot cereals has been driven by an  increase in health awareness among consumers.

She said that the health credentials of oats have helped to drive sales of porridge, resulting in growth for the hot cereal category overall.

Market research firm Mintel forecasts that things will only get better for hot cereal, with 8% volume growth predicted between 2017-22, and value sales predicted to grow by 18% over the same period.

On the go is another breakfast trend that Okell expects to perform well over the coming years, with convenience a big selling factor for shoppers.

According to Okell, the Quaker ‘Porridge To Go’ range caters for this demand as a “wholesome and portable breakfast to kick-start the day.” 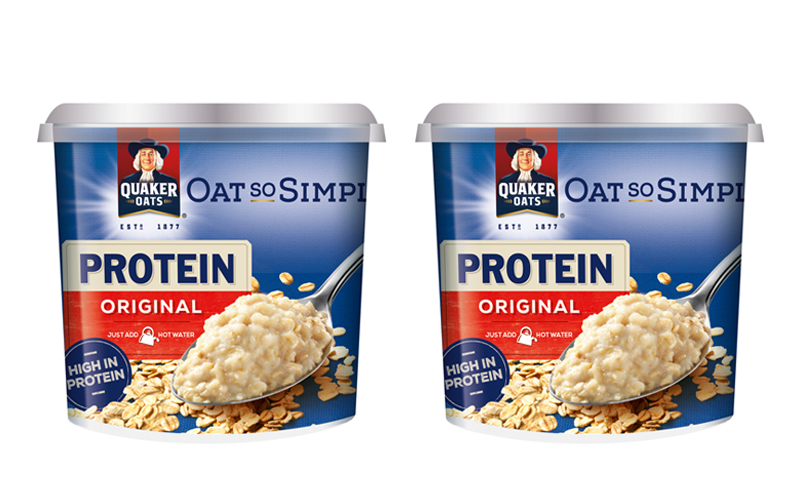 The brand’s Porridge To Go breakfast squares contain the same amount of oats as an Oat So Simple sachet, and are now available in a Cinnamon variant as well as Golden Syrup, Strawberry, Raspberry & Cranberry.

Quaker has also developed its first ever breakfast drink to appeal to on-the-go breakfast consumers, available in Vanilla and Red Berries flavours.

And, in a story familiar to many c-store retailers, protein is an area of the market which has seen an explosion in popularity in recent years.

High protein, according to Okell, is seen as important by 32% of eaters when buying breakfast cereals. To meet this demand, the brand launched ‘Quaker Protein’ to the market last summer.

With growth of 274% in the protein cereals segment in the last year, Okell said Oats So Simple Protein Sachets were introduced to offer a convenient, nutrient-packed format that would appeal to a new audience looking for a high protein option.

“We anticipate the mainstream popularity of protein to continue, as health remains high on the consumer agenda.

“There are an increasing number of people looking for breakfast options that are healthier yet convenient,” she said.

Despite the slight decline in the cereal market Okell added there is still plenty to be optimistic about, with over 95% of the UK population buying cereals in the past year.

And with the growth of protein, on the go, and hot cereals predicted to rise even further, there is plenty of life in the category.