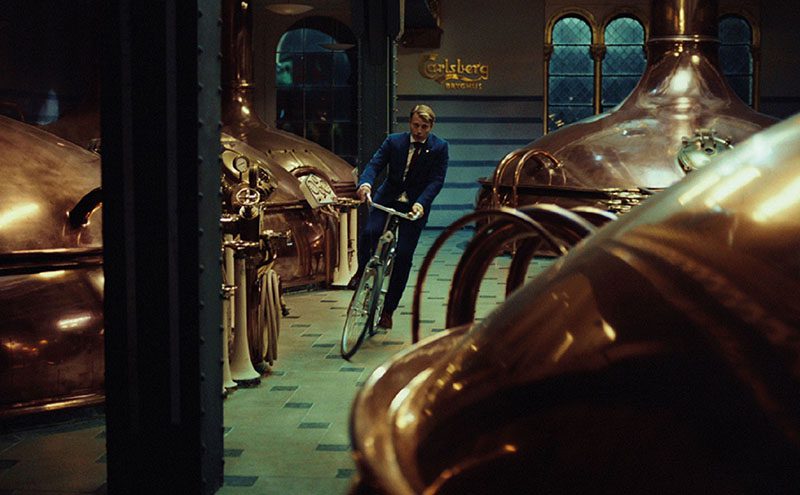 Carlsberg has sprinkled some Hollywood stardust over its core brands as part of a £15m marketing campaign aimed at revitalising its Carlsberg and Carlsberg Export brands in the UK.
The integrated marketing campaign, called ‘The Danish Way’, sees the brewer celebrate its Danish roots through TV, cinema, out-of-home and digital advertising as well as on the brand’s packaging.
Danish actor Mads Mikkelsen (pictured), whose film credits include roles in Casino Royale and Marvel blockbuster Doctor Strange, takes centre stage in the campaign’s new TV advert.
The TV campaign launched in May, with a second burst scheduled for September.