With a proliferation of price-marked packs now available across multiple categories, Scottish Grocer spoke to three leading retailers to find out their attitudes and how they use them in their stores – if at all.

PRICE-MARKED packs are available on everything from toilet rolls to spirits these days, but how helpful are they for boosting sales and increasing profit? We spoke to three retailers to get their (very different) opinions.
Waseem Shad, who operates Shopsmart Hornbeam Stores in Cumbernauld, said a large proportion of the stock on his shelves is in price-marked packs.

He said: “You’ve got to use them, you can’t not. Some people are very bargain oriented and the PMPs give them the perception that they are getting a good deal.”

Waseem explained that all of his pet food is in marked packs and he sells a lot of household goods, like kitchen roll and toilet roll in PMPs, but he said the real advantage can be seen in confectionery, where PMPs can practically double sales.

He explained: “Sometimes the margins in PMPs are lower but I always try to negotiate with the wholesaler and sometimes get a few extra per cent on the retailer’s share. 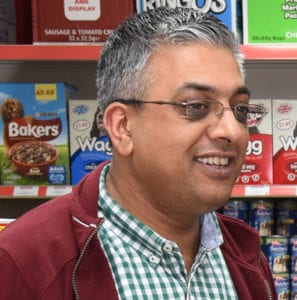 “Sometimes the margins in PMPs are lower but I always try to negotiate with the wholesaler and sometimes get a few extra per cent.”

“Coke and Irn-Bru will always sell and when Irn-Bru does the two for £2 pack I always buy six or eight pallets to see me though the next three or four months until they do the promotion again.

“Many customers now come in and automatically pick up two bottles and if they have it they’ll drink it, so when they come back they buy another two. We are definitely selling more.”

Waseem said putting the price on the pack doesn’t always reduce the margin for the retailer.
He said: “We were selling High Commissioner 35cl bottles at £6.99 but when they put the price on the bottle it was priced at £7.49. We sold as much as ever but were making around 8% extra on each bottle.” 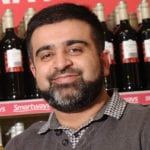 “The Smartways store is in an estate where price is an issue for shoppers so we use PMPs for some of the leading brands.”

Asif Ashraf operates a Smartways store and a Nisa Local in Motherwell. He reckons the shops are no more than 400 yards apart but their catchment areas make them very different when it comes to the use of PMPs.
He said: “The Smartways store is in an estate where price is an issue for shoppers so we use PMPs for some of the leading brands.

“The Nisa store is surrounded by private houses and the residents there put much less emphasis on cost so we don’t feel the need to display as many price-marked packs.”

In general, though, Asif says he prefers to avoid using too many PMPs because, he says, they toy with the margin for the store.

He said offering the best price and maintaining a decent margin is a delicate balancing act.
“Take Irn-Bru for example, “ he said.
“When we were selling it price-marked at £1.49 we were selling 80 to 90 cases a week, including diet.
“When it went to two for £2 our sales went up to around 100 cases but all the lower priced Barrs drinks were selling less.

“Now that it’s up to £1.59, it’s still selling and everything else is too.”
Asif said that to make PMPs work retailers have to maintain a 20% to 30% margin. “Anything less isn’t doing anyone any favours.”

Other than soft drinks, Asif said hanging bags of confectionery and confectionery multipacks marked at £1 are big sellers but even then he uses them sparingly. 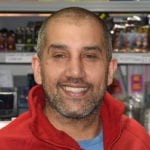 “I’m not buying them right now.

The price on the pack can help sell more items but you have to balance that with profit.”

He explained: “If you use all the multipack PMPs your sales of chocolate singles can drop.”
Tarun Thapar of Knightswood Newsagents has a similar attitude and said he used to stock more PMPs but he tries not to have a lot of them in the store now.

He said: “I’m not buying them in right now. The price on the pack can help sell more items but you have to balance that with profit. Take sweets, for example, with the PMPs you might be making a 20% to 22% mark up, without the price on the pack you can make 40%.”