Scott Graham’s McLeish store in Inverurie has picked up quite a few awards in recent years – in Scotland and, more recently, in UK-wide competition too. The store is known in particular for its food-to-go service and at the Scottish Grocer Awards, as part of a notable double success, it took the Chilled Retailer of the Year Award. 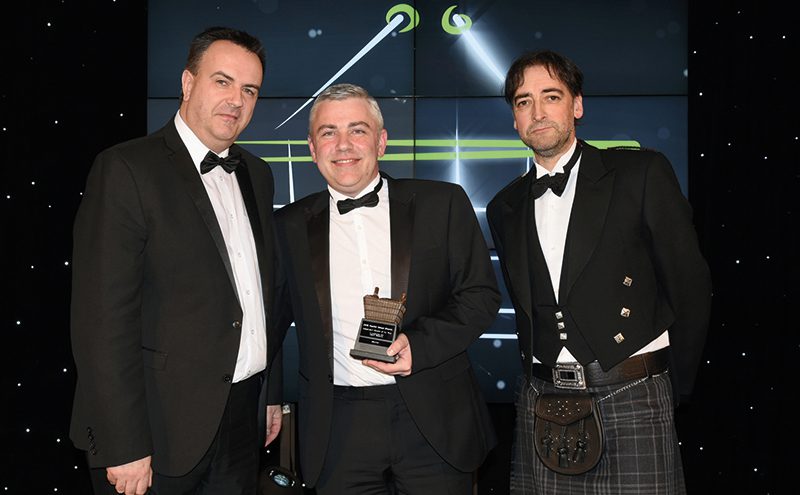 But McLeish also took the Independent Retailer of the Year Award run in association with leading wholesaler to the convenience industry Booker. It’s a demanding awards category where entrants are judged on a very wide range of criteria including commercial viability, strength and resilience, staff development, trade and market knowledge and marketing and communication. Judges were in no doubt the relatively compact (1500 sq ft) Inverurie shop shows excellence in many fields and that’s combined with close knowledge of the local area and the self-belief that’s one of the key characteristics of a great independent store.
That sense of belief has been there from day one. Scott had been working for the McLeish chain of food-led deli stores that had excited the industry and was expanding fast before it became a victim of the credit crunch that signalled the recession of 2008 and 2009.
So it was a leap of faith when Scott, who had built up considerable experience in retail before joining the McLeish chain, decided to take on the Inverurie outlet, keep the name, change the offer – maintaining a degree of the deli character but merging it with a classic c-store range and service, and take on the powerful competition in Inverurie.

So what made him do it?
“I’m from Inverurie, I knew the store and I knew the area,” he said.
“And I was very comfortable in my retail knowledge. The biggest learning for me wasn’t in retailing it was in actually opening a business – the legislation, payroll, things like that.
“I’m very fortunate my wife’s an accountant and takes care of that. But learning about those things and learning about retail are two very different things. Now that I’ve done it I’d be confident about walking into a new business tomorrow because the systems are now in place.”
Back in 2009 when he opened the new McLeish it did £8,000 in its first week. Currently it’s on the way to quadrupling that. And anyone who has visited over the years will have noticed many changes. Scott sees a willingness to experiment as crucial to the store’s success.
“Any retailer who doesn’t try new things just isn’t doing it,” he said.
“You need a point of difference. If you’re standing still just selling tins of beans it’s not going to happen.” 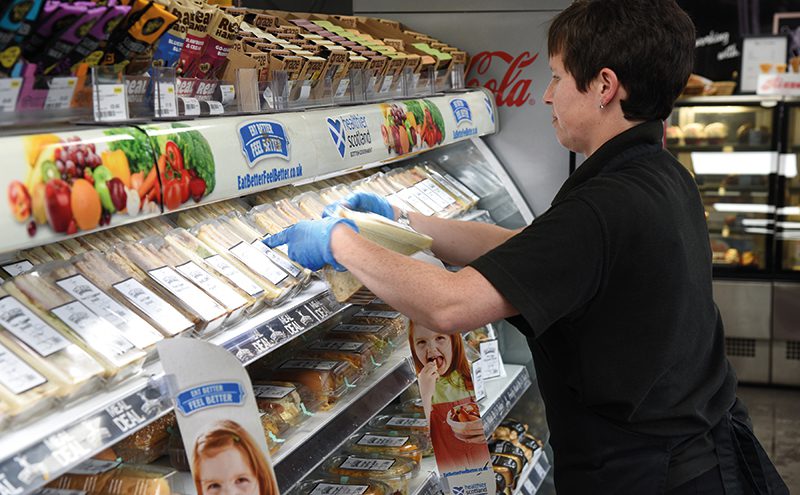 The business has just invested £10,000. Among other things it installed a slush machine and an ice cream machine – points of interest and difference for customers, very profitable and very popular indeed in the early summer’s short sharp heatwave. Last year it spent £4,000 converting to LED lighting, which has made a difference to energy consumption and improved the atmosphere of the shop.
The store was, he reckons, the first shop in the town to provide takeaway coffee, now there are more than 30 outlets offering the service. It has a high-stooled coffee bar area, a self-service microwave station, a renowned hot and chilled food-to-go section, and a large, well-stocked, pre-prepared food-to-go fixture, visible through the main window to the street.
It experimented with a prominent, bright news and mags section but it didn’t exactly set the heather on fire so space was given instead to fresh bakery display cabinets; they’ve been very successful.
Till-point merchandising is especially impressive and features breakfast-to-go products, chilled water, and locally produced berries. Last month, when Andy Murray was about to begin his march to the Wimbledon title, McLeish repeated last year’s activity, wheeled in a display fridge from Muller Wiseman and promoted local strawberries and cream.
Most of the shop’s core staff have been there since the beginning but the workforce, which numbers around 20, also includes many young people working a relatively short number of hours a week. Scott recruits many at ages 16 or 17 as they come to the end of high school and many stay with the store as they study at college or university. It offers great flexibility and many of the youngsters quickly show themselves to be supervisor material. 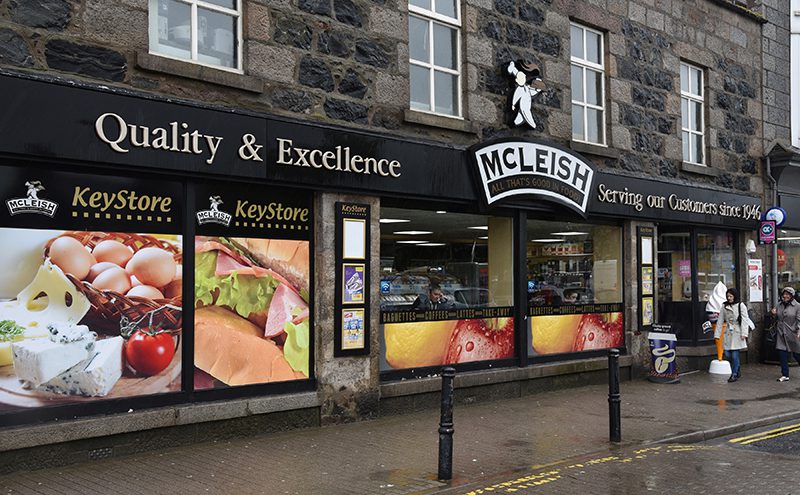 All staff are trained to do all jobs and Scott stressed that they are empowered to make decisions.
He especially values collaborations with suppliers. One of the reasons he enters awards is to push himself onto suppliers’ radar. Recent success in UK-wide competitions has brought a fresh wave of people who are keen to talk to him about working together.
He’s one of the two Scottish retailers on the HIM Research & Consulting retailer panel, which meets regularly to hear presentations from firms in many sectors, which he finds very valuable, especially the contact with successful retailers from south of the border. And he’s an avid reader of trade magazines, takes notes from them and takes smartphone photographs of everything he finds interesting on his retail travels.
He mentioned he’d be confident taking on another business, so is he looking for more stores?
“Looking yes, but it’s getting the right site,” he said.
“Any good ones that have cropped up have just been snapped up by the big boys. There were about a dozen Sainsbury’s Locals opened in Aberdeen in an 18-month period including one or two sites I had been looking at.”
But there are always goals. This year he wants to do more with digital communications. Personally he’s not the biggest fan of Facebook and prefers Twitter for quick business info. But he recognises Facebook works.
“I put a boosted post on Facebook for the fresh bakery on a Thursday, on the Friday we took £700 from the two cabinets.
“When I put in the new butcher I put out a boosted post that was viewed 25,500 times.
“So we do use it a bit but we should be doing more … and it’s something we’re going to work on.”
And he’s keen to talk wine with a company that knows the category  well.
“There’s a big debate about how to do it,” he said.
“Currently I’m looking after it and it’s doing OK but I could be missing things.”