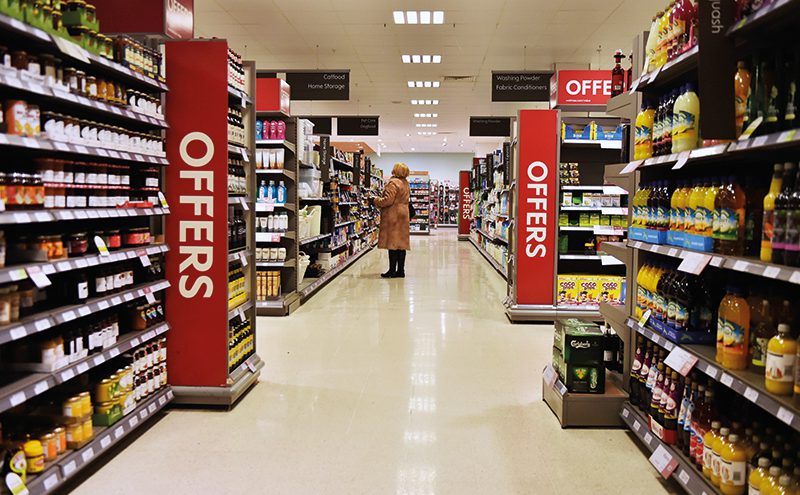 THE proportion of consumer spending at UK supermarkets that goes on items on promotion hit its lowest level in over seven years, in April, says researcher Nielsen.
In the four weeks ending 23 April 2016, 29% of consumer expenditure at UK supermarkets went on products with temporary price cuts or multi-buy offers, the lowest level since February 2009, when it was also 29%.
Mike Watkins, Nielsen’s UK head of retailer and business insight, said many items had simply become permanently cheap.
“Over the last two years, around 34% of a typical supermarket shopping bill went on promotional items,” he said. However, to help combat the rise of the discounters, supermarkets are now turning temporary price reductions into permanent cuts. Consequently, there’s now less promotional activity as many prices are cheaper all-year round.”