Sales of free-from foods are expected to surpass half a billion pounds in the UK in 2016. An increase in product innovation, coupled with consumers opting for gluten-free as a lifestyle choice, is expected to boost the category in coming years. 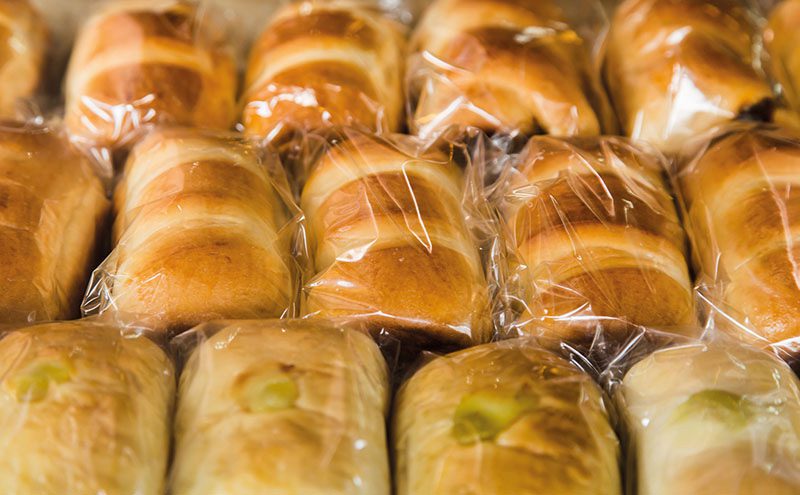 The free-from food sector has grown significantly over recent years and is not only important for those with food allergies and intolerances, but has also become popular as a lifestyle choice.
Research from Mintel suggests the free-from phenomenon has well and truly taken hold in the UK, with sales of free-from foods forecast to grow 13% to reach £531m in 2016, up from an estimated £470m in 2015.
The market growth comes as a result of some 48% of those who eat or buy free-from saying they are likely to eat more free-from food this year. And Mintel also expects the market to grow further, to reach £673 million by 2020.
According to the firm’s research, in the six months to September 2015, 33% of UK consumers bought or ate free-from foods, with 22% buying or eating gluten-free products, 19% dairy substitutes (such as soya cheese), 16% wheat-free and 16% lactose-free.
The growth in the market comes alongside a rise in product innovation. 12% of new food products launched in the UK in 2015 carried a gluten-free claim, up from 7% in 2011.

“The free-from market enjoyed remarkable growth in 2015, and further growth is likely to come from the existing pool of users intending to spend more,” said Kiti Soininen, head of UK food, drink and foodservice research at Mintel.
“The growing availability of free-from food and drink products at mainstream supermarkets has allowed established users to widen their repertoires, with easy availability potentially prompting more regular use.”
As free-from continues to flourish, Mintel says more people are avoiding certain ingredients to reflect their personal thoughts on healthy and unhealthy food, rather than for medical reasons. Of those surveyed, 27% said they or someone else in their household avoids certain ingredients as part of what they think is a healthy lifestyle, compared to 19% who reported avoidance due to an allergy or intolerance. In particular, 8% of consumers reported avoidance of gluten as a lifestyle choice compared to 5% who avoid items due to an allergy or intolerance.
The most common reason free-from users give for eating free-from foods is because it makes them feel better.
Soininen said the “health halo” of free-from foods has  driven uptake and has resulted in a much larger group of users than the limited number of actual allergy or intolerance sufferers.
That’s hardly news to suppliers, who have seen for themselves the impact that a variety of health issues have had on the free-from market.
“Ingredients such as refined sugar and gluten have recently taken the spotlight as products to avoid, whilst natural and added vitamins and ancient grains are the heroes,” said Bev Rushbrook, commercial manager of Cloetta UK, the company behind Goody Good Stuff.

“However, whilst such trends have so far driven the free-from market, that also leaves it exposed to shifts in consumers’ perceptions that are highly susceptible to change and easily influenced by media opinions.
“Brands with gluten-free varieties are on the increase, and 50% of brands have gluten-free options, up from 30% a year ago. Despite this, we predict that the strong growth in the market is expected to continue, partially from existing consumers continuing to purchase, and spending more.”
Importantly for retailers, Rushbrook argued that the popularity of free-from will grow as it becomes more easily accessible to consumers.
“Gluten-free will become normalised in major supermarkets as products move into mainstream supermarket aisles, just as we previously saw in the organic sector. There will also be a rise of free-from into categories other than the traditional multiples and health food shops, such as convenience and out of home, capitalising on this growing trend,” she said.
While a number of convenience retailers are already stocking gluten-free bread and pasta, the recent boom in innovation means there are now many more products on the market.
Coeliac UK estimates there is a £100m untapped market based on coeliacs, family and friends who are unable to find gluten-free menus.
So stores who stock easy-to-cook ready meals, soups, salads or a gluten-free sandwich or wrap could be a welcome resource for anyone looking for gluten-free.