BRITONS love a snack but two recent industry reports have found that traditional potato crisps have lost their command of the market. 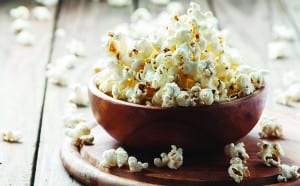 Popcorn sales continue to rise  rapidly. One commentator reports a 169% increase in value in five years.

In February, market intelligence agency Mintel said sales of other snacks had overtaken crisp sales in 2015.

And Key Note, which splits the category into potato crisps, snack nuts and other savoury snacks, reported: “While growth was recorded across all three market sectors, the other savoury snacks sector saw the greatest growth, due to significant new product developments.”

“With sales of £1.34bn crisps  remain  hugely important but other snacks are now worth more in UK sales”

It reads: “Research shows that whilst sales of potato-based and other snacks have been making a packet over the past five years, rising by 25% between 2010 and 2015, sales of potato crisps rose by just 8% over the same period. 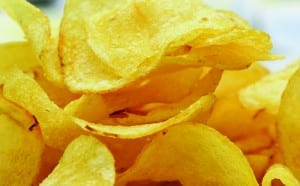 The study also found that the development of new potato-based snacks has been in decline since 2010.

“On the other hand, popcorn has seen a burst in product innovation as 7% of snack products launched in the UK were popcorn products in 2015, up from just 3% in 2010.

And Mintel also found that 49% of British consumers would be interested in trying new popcorn flavours.

“With consumers becoming increasingly interested in the health credentials of the foods they eat, manufacturers have responded with various product launches,” the research firm said.

“The introduction of protein-based crisps, such as those made of lentils, is expected to lead the way with manufacturers looking to produce snacks that offer some nutritional benefits.”