THE Scottish convenience retail industry’s biggest night of the year, the Scottish Grocer Awards is to be hosted this year by star comedian, impressionist and actor Alistair McGowan. 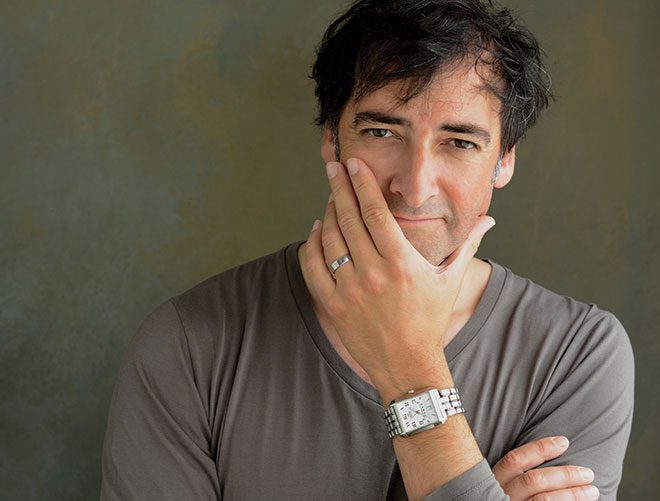 Alistair, who began his career providing voices for satirical puppet show Spitting Image, is probably best known for his part in the BBC1 series The Big Impression, which was for four years one of BBC1’s top-rating comedy programmes – winning many awards, including a BAFTA.
He presented ITV1’s sports comedy show You Cannot Be Serious, has featured on Bake Off For Comic Relief, on Mock The Week, and has appeared on Live At The Apollo.
But he’s a man of many parts and has also impressed as an actor in several challenging roles, as a writer, presenter, commentator and director.
Last year he and Jasper Carrott toured the UK with a special stand-up show.
On television recently he was seen living as a Victorian in BBC One’s 24 Hours in The Past, took the lead role and co-wrote several episodes in BBC1’s Mayo, and played Piero de Medici in Leonardo for CBBC.
He has worked extensively in theatre – appearing in London’s West End in Art, as The MC in Cabaret, as the Mikado in The Mikado, as Henry Higgins in Pygmalion and as The Dentist in Little Shop of Horrors (for which he received an Olivier nomination).
Recently, in London and at the Edinburgh Fringe, he received rave reviews playing the title role in An Audience With Jimmy Savile. And he’s currently starring in the play 4000 Days at London’s Park Theatre.
He has also appeared on the big screen as Nico in Driving Aphrodite, with Nia Vardalos and Richard Dreyfuss.
His love of sport has seen him appear four times as a guest on A Question of Sport, he has been part of Radio Five Live’s Wimbledon commentary team, and with former comedy partner Ronni Ancona he wrote the book How To Wean Your Man Off Football.

• Find out how you can join Alistair and our other stars – the finalists in the 2016 Scottish Grocer Awards – at the trade’s biggest night of the year https://www.scottishgrocer.co.uk/scottish-grocer-awards-2016/