Newsagent representative group the NFRN has reacted angrily to Menzies Distribution’s  increasing of its carriage charge. 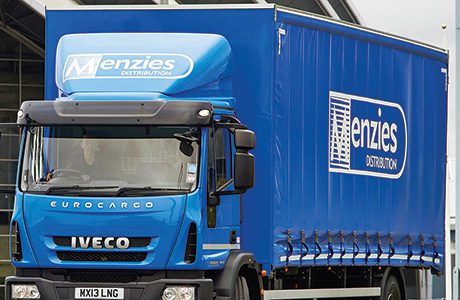 NFRN chief executive Paul Baxter described the increase as “inconceivable” and said: “Fuel prices are still incredibly low, the quantities of news product carried by Menzies Distribution and Smiths News continues to fall and both news wholesalers have saved millions of pounds through cost-cutting programmes which have resulted in fewer depots and poorer service levels for their customers.”
While Menzies, which dominates distribution in Scotland, has gone for the increase Baxter said that after discussion between the NFRN and Smiths News, which operates south of the border,  Smiths had agreed to freeze rates for NFRN members.
“On the other hand,” he said “having advised that it was reviewing its carriage charge rates and making it perfectly clear that it would not consider any other option, Menzies has announced that more than 3,000 out of 5,000 Federation members are to have to pay more for their news supplies.”
News operations committee chairman at NFRN Ray Monelle said: “With no alternative choice of supplier, news wholesalers have to realise that for retailers enough is enough and I insist upon transparency into how this retail tax is calculated.”
But Dave Shedden, head of communications at Menzies, told Scottish Grocer: “Our industry has been affected this year by volatile fuel pricing and continued falling sales in the print media sector. While the first of these has made headlines, its effect on our supply chain is outweighed by the second.
“The Menzies depot and vehicle network is supported by revenue from sales and by a partial recovery of delivery costs through carriage service charges (CSC).
“When revenues decline, as they have, but we continue to drive the same miles, with the same vans and drivers, to serve the same customers, we must take steps to bridge the gap; first by controlling costs within our business, and second by reviewing CSC recovery.”