SHOP vacancy rates in Great Britain remained at 13% for the fourth month in a row, according to the latest figures from the Local Data Company.
The vacancy rate among leisure outlets also remained the same at 8.1%, LDC reported.
When the rate dropped from 13.1% in February to 13% in March it meant British shop vacancies had registered their lowest share of total shops since 2010.
But while many observers have suggested the economy is now in established recovery the proportion taken by empty outlets has remained the same since the spring.
However the static rate may be masking significant retail activity and development.
The Local Data Company director Matthew Hopkinson said: “It should not be forgotten that 12 months on there are 376 more occupied shops in the top 650 town centres across the country.
“June saw the highest number of new units added at 233, an above-average number of demolitions of shops at 81 units and over 90 units having a change of use from retail to either office, residential or warehousing,” he added. 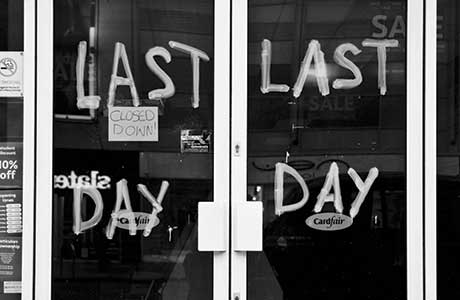