In 2015, the word ‘cider’ means an awful lot of different things. In the UK market as a whole, it describes a category that appears to have stalled in sales terms after several years of growth, yet in Scotland off-trade cider sales are still growing.

At almost £97m, Scottish off-trade cider sales are worth more than the combined total of ales, stouts, RTDs and speciality drinks. However, it is a volatile category, with an incredibly diverse variety of products for retailers to be aware of. 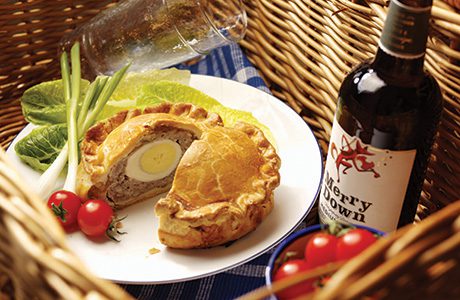 While much of the buzz of recent years has been around fruit ciders, world ciders and new brands, that doesn’t mean the more traditional varieties have been resting on their laurels. Heritage ciders, which include brands such as Merrydown, Westons, Thatchers and Aspall, are having a very positive impact on the category both in terms of performance and building a more premium image for cider, according to Debs Carter, marketing director – alcohol at SHS Drinks.

“Value sales of heritage ciders have grown by 18% over the past two years, but they don’t always get the amount of shelf space on the cider fixture that they deserve and this is one area SHS Drinks suggests convenience retailers focus on.

There are several trends Carter reckons are contributing to Merrydown’s growth, such as food-matching, which she said is garnering a lot of interest. But one up-and-coming growth area she predicts will start to gather momentum in 2015 is the arrival of more craft ciders in cans.

“In the past few years, growth in the cider category has been driven by bottles, but last year the biggest increase in sales came from cans – and more specifically fruit cider in cans.

“Until recently Merrydown Cider was one of the very few heritage cider brands available in cans, but with the advances in can technology, cans are now gaining a more premium image and we are now seeing other craft ciders such as Westons adopt this packaging format. We expect to see more craft ciders emerge in cans in the year ahead.”

Cans present an important opportunity in Scotland as they are just 38% of the cider category and, in more recent periods, the fastest growing format, according to Aston Manor Cider, the company behind Frosty Jack’s and Kingstone Press.

“Canned formats are unlocking value in the fruit-flavoured category growing it by 78% and £28m year on year, with £4m of that growth driven by Scotland in the last year alone,” said sales and marketing director Glen Friel. 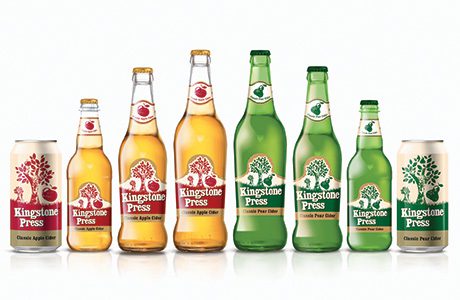 “Cans have made fruit cider more accessible – they’re more convenient and offer much better value for the consumer than glass bottles. In response to this consumer demand we launched Frosty Jack’s Mixed Berry and Kingstone Press Wild Berry in can format.”

He said that can multipacks are another key opportunity, particularly in convenience outlets. He suggested the launch of Kingstone Press 12pk has given c-store retailers the means to access that opportunity.

Another cidermaker investing in can packaging is Thatchers Cider, which has introduced its Old Rascal Cider in 440ml cans for the first time.

Martin Thatcher, fourth generation cidermaker at Thatchers Cider, said: “Old Rascal has been part of our portfolio for many years, and in many respects has been a hidden secret for too long. This cider has a loyal following – it’s a full bodied, premium cider that sees the character of the bittersweet apples shine through with a flavour to savour, yet at 4.5% it’s a cider that’s suited to social occasions.

“In the off-trade Thatchers Cider is growing ahead of the market – in fact we’re the only top five cider brand in growth. Thatchers Gold is achieving 32% year-on-year growth in the off-trade UK-wide, and we’re seeing strong growth within Scotland, where we are relatively new to the market.”

Among the top 10 canned ciders in the UK’s off-trade independent and convenience sector are both Diamond White and White Star, according to owner Brookfield Drinks. 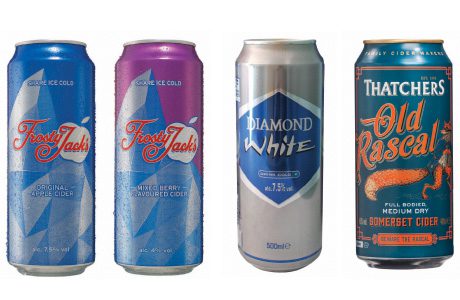 In a market that has seen high levels of NPD in recent years, the brands firmly fall in the traditional ‘tried and trusted’ category, which remains very popular with the UK’s core cider drinkers, said managing director Nigel McNally.

“In recent years, cider has become very fashionable and is very much a growing sector as consumers look for a long, refreshing drink, which is lower in alcohol to wine and spirits. As a result the market place has seen a significant influx of craft and fruit ciders into the market,” he said.

“We are now seeing a slowdown in the numbers of new products coming to the market, and sales of tried and trusted cider brands are now increasing once again and we expect this trend to continue.

“Loyal cider drinkers have sampled the new generation of products, but many are now returning to their much-loved brands.”

Brookfield Drinks acquired the Diamond White and White Star brands in 2013, and have plans to develop and relaunch them later this year. Both products are offered as 7.5% ABV, sold in 50cl can and PET.

“We have recently seen an increase in sales of cans,” said McNally. “The 50cl can product offers great value for money with many consumers looking for a single serving or to share, whilst the PET still remains popular.”