COLOUR is at the centre of a Sourz partnership with MTV and the Sky Network.

The campaign is aimed at 18 to 34 year-olds and gives consumers the chance to win tickets to the Sourz Colours Tour and a colourful Holi Festival event in Europe. 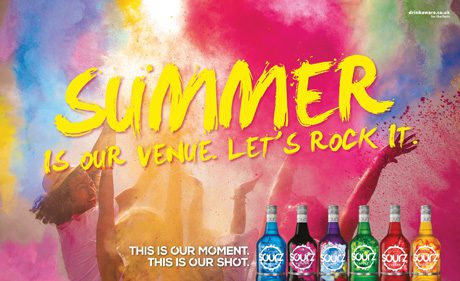 A spokesperson said: “The Club MTV presents … Sourz Colours Tour, in association with the Holi Festival of Colours, will visit 10 cities across the UK from Glasgow to London.

“It will give ticketholders of legal drinking age the perfect backdrop to experience some great music.

“The partnership positions Sourz as the official shot partner at the Holi Festival of Colours in London at the Olympic Park in September.”