Spirit sales enjoy an uplift of 54% in the run up to Halloween according to Jagermeister and it says it generates 34% higher than average weekly sales in convenience stores that week.

And this year it is continuing its Zombie Outbreak advertising and social media campaign.

A spokesperson said: “With Halloween falling on a weekend, many consumers will take the opportunity to host their own parties.

“Retailers should pre-empt this with displays and clear siting of products, allowing shoppers to get everything they need from the start of October.

• Quoting Maxxium figures, Midori says 81% of convenience store shoppers live within a mile of the shop, so retailers should be prepared with last-minute party supplies.

It says that with colourful, often dramatic, cocktails frequently popular for Halloween parties, the distinctive green shade of Midori makes it a popular choice.

• It’s important for independent and convenience retailers to tap into customers’ ways of thinking and maximise seasonal party opportunities such as Halloween, says Janice McIntosh, marketing controller at Sourz.

That’s especially the case for 2015 with Halloween falling on a Saturday meaning there’s opportunity for retailers to benefit from an entire weekend of celebrating, she suggested.

“The Sourz range including Toffee Apple and the new Sourz Rainbow Ice are perfect for Halloween, bringing a bit of variety and good-time fun to the party,” she added.

• Martin Thatcher, managing director of Thatchers Cider sees Halloween as one of the biggest nights of the year with heightened interest in cider. 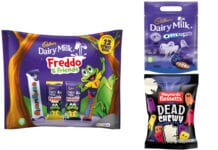 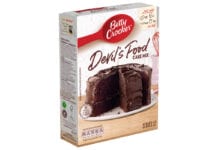 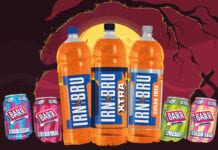