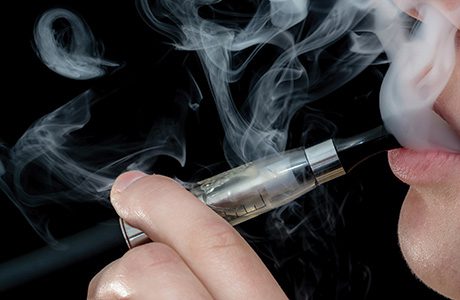 Cigarette users turn to vaping ahead of patches

E-CIGARETTES and vaping products have seen sales grow substantially in recent years. But the rise and rise of e-smoking brands, liquids and equipment isn’t only affecting sales of traditional tobacco: the smoking cessation market, all those products specifically designed to help people quit smoking – like nicotine patches and gum – in the UK is estimated to have fallen by 4% to £130m in 2014.
The figures come from Mintel, which says last year was the first time smoking cassation product sales had fallen since 2008. Meanwhile, the e-cigarette market continued to boom, with sales growing 4% in 2014 to reach £201m.
However, while e-cigarette companies are often careful not to make smoking-cessation claims for their products it seems users reckon e-cigarettes provide an effective method of cutting nicotine consumption, with over four in five (82%) saying that using the e-cigs and vaping devices is a good way to cut down.
“Driven by a lack of innovation as well as the rise in availability of e-cigarettes, the smoking cessation market is expected to struggle in upcoming years,” said Roshida Khanom, senior personal care analyst at Mintel.
“Changing legislations, which will see e-cigarette brands offering nicotine above 20mg/ml classified as medicinal, will see nicotine replacement methods directly competing against e-cigarettes, which will likely hamper the market further.”
According to Mintel’s figures 40% of smokers also use vaping products. It looks as if many smokers are turning to e-cigarettes to help cut down or quit smoking tobacco entirely, but the patterns of their use of e-cigarettes vary. Of those who used e-cigarettes to quit smoking, around a third (33%) said they used them for 0-3 months, while almost a quarter (23%) said they used them for 7-12 months and one in 10 (11%) said they used them for more than 12 months.
Furthermore, half (50%) of those who have used e-cigarettes to quit smoking said they used the device continuously compared to 50% who used them off and on.
But while many people see using e-cigarettes as a way to quit smoking, there are also concerns over the use of the products and devices. Mintel found that almost two thirds (63%) of Brits think that e-cigarettes should not be used in front of children and over half (56%) think the devices should be regulated by the NHS. Almost one in 10 (9%) users say they have vaped as it is a ‘trendy thing to do’.
“Despite concerns that vaping could be a gateway to smoking, our research shows that non-smokers do not vape,” said Khanom. “Vaping has become a lifestyle choice, whether by choice due to health or money-saving benefits, or from long-term use as a smoking cessation method.”