Cakes haven’t been flying off the shelves  of Britain’s stores quite so fast as they might have been expected to. And that could be because a fair proportion of the public have been copying the participants in the Great British Bake Off as they try to be the country’s king or queen of flour, eggs and oven.

But in its Biscuits & Cakes Market Update 2014 market research firm Key Note looked into its crystal ball and predicted that cakes sales would grow, but more slowly than biscuits. 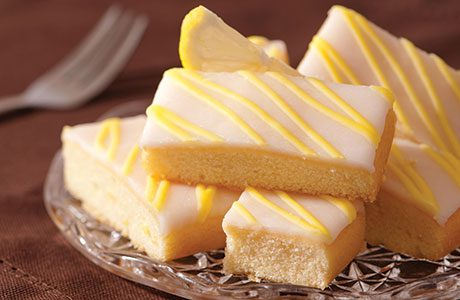 It said: “Year on year growth is expected to range between 3.1% and 3.7%, thereby just exceeding inflation.”

That means that, while biscuits and cakes sales growth overall should exceed inflation, the increase in sales value of cakes will fall behind the rise in prices.

The report put the slower growth of cakes down to an enthusiasm for home baking, spurred on by the success of the BBC television series The Great British Bake Off.

It attracted 12.3m viewers for the final episode of its 2014 series. That was a bigger audience than watched the football World Cup final in the UK.

But it expects the interest in home baking to tail off after 2015.

It said: “The home baking trend will peak in 2015 as the inspirational effect of television programmes begins to wear off for many consumers.

“Baking has traditionally been popular in the UK, but penetration numbers for the hobby tend to by cyclical.

“The combination of an increasingly health-conscious consumer base and the reduced impact of televised inspiration will gradually restrict the home baking hobby in coming years.

“While not all consumers will return to packaged products, volume sales will be boosted by this gradual trend.”

The update identified the decreasing value of sales of large and whole cakes as another reason for slow growth.

It said: “This will be driven by concerns over health, price and product longevity.

“As such, the individual cakes and multipacks subsector will continue to drive growth as consumers prioritise smaller treats and convenience.

“Growth in this category has been driven by the surge in popularity for individually-wrapped cake slice multipacks.

The report continued: “This trend is being led by the Mr Kipling brand, rather than own labels.

“Volume sales of other products in this sub-sector are gradually declining as parents increasingly resist purchasing unhealthy snacks for their children.”

Marketing controller for Mr Kipling Jo Agnew said: “The packaged cakes category is currently worth £952m per year and is growing at a conservative 0.4% a year.

“Mr Kipling remains category leader, with a 16.4% share of the market and boasting three of the top 10 SKUs, putting it in an ideal position to inject growth into a category that has remained fairly static.

“Our Life is Better with Cake campaign idea came about following research which identified that, although price remains important, shoppers often have a strong emotional connection to sweet treat brands.

“Life is Better with Cake represents our biggest and most important campaign idea in recent years.

“The campaign platform, coupled with a packaging refresh, puts us in the best position to reinvigorate the category.”

In the recent run up to Easter Premier Foods gave seasonal items in the Mr Kipling range a packaging revamp to align them with the campaign.

Premier’s category marketing manager, cakes, Phil Ellis said: “In an era when shoppers are focused on keeping tight control of everyday spending, making the most of national and seasonal events, is a great way for retailers to inspire shoppers.

“The top 10 branded Easter lines belong to Mr Kipling and Cadbury and together account for 80% of all cake sales throughout the Easter period.”