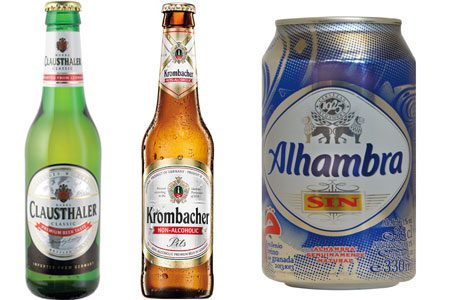 CHANGES to the drink driving laws, introduced at the start of the festive season last month, may increase demand for low-alcohol beers. Distributors such as World Beers Ltd and Morgenrot, have reported growth in recent times.
World Beers Ltd, which distributes Clausthaler via Branded Drinks, Dunns Food and Drink and Molson Coors, says the brand was showing strong growth, as the legal alcohol limit per 100ml was lowered from 80mg to 50mg on 5 December last year.
It has an ABV of less than 0.5% and 92 calories per 330ml bottle.
Morgenrot reports double-digit, year-on-year growth for its brands Krombacher Low Alcohol Pils (ABV less than 0.5%) and Alhambra Sin (ABV less than 1%).
The low-alcohol Krombacher is made the same way as the brand’s regular pilsner beer and then has its alcohol reduced.
Alhambra Sin, from Spain, is brewed with a technique designed to prevent the formation of normal levels of alcohol but retain flavour.