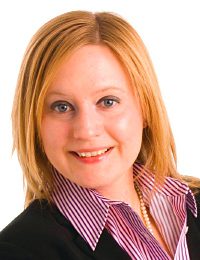 By Caroline Loudon, head of licensing at Lindsays

THE Air Weapons and Licensing (Scotland) Bill is the next “big thing” coming at Scottish licensees. You’d have thought that we had all had enough “tweaking” with the licensing system in Scotland.

The bill was with the Scottish Parliament Local Government and Regeneration Committee with a call for written evidence to be given by 29 September 2014. The committee will take oral evidence with publication, report and Stage 1 debate and vote being March – April 2015. If the Bill is not approved at Stage 1 it will fall.
One of the hot topics for debate is the re-introduction of the “fit and proper” test. We were used to this test under the 1976 Act but it comes in a slightly different guise in the bill – as a ground for refusal in relation to applications for premises licence, transfer and personal licence. It is also to be a new ground for review of a premises licence. The test is to be tied to the licensing objectives.
The width of the test should be of concern with the possibility that the chief constable may try to introduce information to boards which is irrelevant and, once seen, potentially hard for board members to flush from their minds. Linked to this topic is the proposal that licensing boards should be allowed to consider spent convictions, a repeal of section 129 (4) of the Licensing (Scotland) Act 2005.
I am unsure as to why this is considered to be of benefit to boards. The purpose of the Rehabilitation of Offenders Act 1974 is “that people do not have a lifelong blot on their records because of a relatively minor offence in their past”. Accordingly, why should we go backwards and allow boards to consider minor offences?
The bill seems to try to deal with things that perhaps don’t need to be dealt with. Practitioners would have much preferred to be advising that issues as regards transfers of premises licences and indeed when a premises licence ceases to have effect were to be addressed.
The practical issues with regard to protection of premises licences have not been proposed and pleas from practitioners to the Scottish Government simply fall on deaf ears.
Will the bill, if passed and enacted, create further difficulties for new licensees?
Yes, if the two issues highlighted above are retained. The bill could have dealt with real practical issues for businesses. But maybe that is not what it was all about?