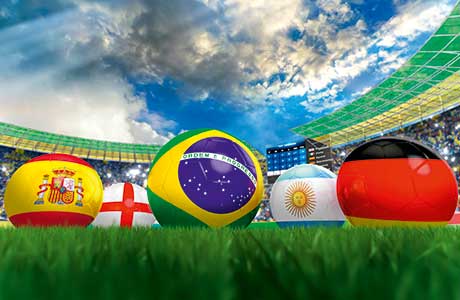 MANY top pundits agreed that the football in the recent World Cup, especially in the early matches, was excellent.

But that didn’t seem to translate into massive sales of drinks and big-night-in goods. That was true not only in Scotland, where there was no added attraction of a Scottish team in the finals, but throughout the UK, especially after the English squad beat an early retreat after two defeats and a draw in the group stages.
Nielsen figures showed beer and cider sales in the six weeks covering the run-up to and the first two weeks of the World Cup were £623m, which was £16m down on the previous World Cup, held in 2010 in South Africa.
With a few exceptions the 2014 matches’ kick-off times were in the evening in the UK time zone. In 2010 timings were less convenient and the UK was in its double-dip recession. Some observers have suggested both those things would have acted against the on-trade and in favour of drinks sales through stores. In 2014 more people may have felt economically easier about going out to see matches being shown at pub-friendly times.
Nielsen said the weather in June was similar in both years but earlier months had been colder in 2010 and so shops could also have benefited from a barbecue boom that wasn’t quite so marked this year.
In UK terms Nielsen found Foster’s the winner among the big beer brands. Sales rose £33.1m compared to World Cup 2010 while sales of brands from Molson Coors, Carslberg and AB InBev were down.
Nielsen reckoned that was down to Foster’s advertising and promotional activity including widespread promos on mid-sized and large packs.
But, interestingly, the Foster’s marketing support was not football-related while the other beer giants did run football-oriented campaigns.
The Wilson Drinks Report analysed each of the four weeks of the World Cup and compared it to the same period in 2013.

It found that total sales of beer, wines and spirits for the four weeks of the World Cup were £903.2 million, a net increase of £40.5 million on the previous year.
But most of the growth occurred in the early stages. By week four only Champagne and sparkling wine showed an increase on the previous year. Week four sales of lager were down 12% on 2013 and cider was down 16.2%.