HERE comes summer and it’s going to be a good one, in some ways at least. 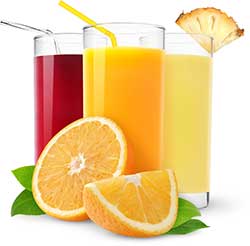 Scottish Grocer would never try to predict the weather, we’ll leave that to the experts.
But it is safe to say that summer, and indeed into autumn, 2014 is likely to be a bit special.
It is truly going to be a great summer of sport and this time there’s a big difference, much of it is in Scotland.
If we happen to be blessed with some good weather at the same time then sales of drinks including beers, wines, spirits and other alcoholic drinks and, especially, soft drinks are likely to soar. It’s important to be prepared.
What are the likely effects? Well as the chart on this page, showing Kantar Worldpanel findings for several years, illustrates the actual summer bump can vary a great deal.
If we look at the volumes of alcoholic drinks sold at different times of the year then it’s clear that Christmas remains the big sales period but also that summer is more important to sales than just about any other time.
In a hot summer sales of soft drinks can just about match Christmas volumes but in a poor summer they sell much less well.
However there are some drinks which are definite beneficiaries of the summer bump.
Cider has traditionally done well and in recent years, especially last year, flavoured ciders have seen excellent summer sales.
Bottled water is another product that sees sales soar in a long hot season.
But with the World Cup and more on the box it will be important too for retailers to get their summer beer offer spot on for 2014.
For c-stores it will be especially important to have excellent availability of chilled stock of all the summer favourites. But as one retailer explained to us it’s also important to have one very solid summer asset… ice.

Figures from Kantar Worldpanel show take-home sales of alcoholic drinks and of soft drinks are both actually greatest over Christmas and New Year and the festive season demand is actually quite consistent.
Both also show an upwards summer bump in sales but it is normally significantly less marked than in December for alcohol. However, certain categories of alcohol do increase sales in summer. Cider is an example.
Soft drinks can be slightly more complicated. There is a summer hike and in warm summers the sales increases can rival those achieved in the busy Christmas and New Year period.