The UK has a very diverse workforce. In industries such as retailing there are practical needs for English langauge skills. But don’t rush language policies. 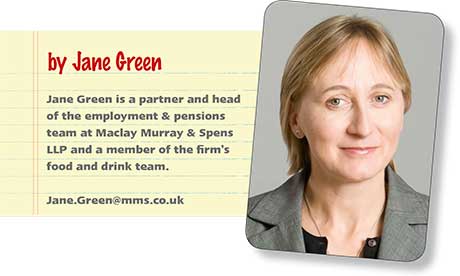 This follows an earlier Labour Force Survey into the diversification of the labour market between 2002 and 2012, which found that migrant workers were responsible for almost all of the growth in the UK labour market during that period. The significant rise in the number of migrant workers has resulted in a corresponding increase in workers for whom English is not their first language. It is, therefore, inevitable that language issues will continue to arise across Scotland’s retail and food and drink sectors.
Most employers recognise the benefits of a diverse workforce but implementing restrictions on what language may be spoken in the workplace can fall foul of discrimination legislation. The language spoken by an individual is often one of the main indicators of their nationality or ethnic origin. With race being one of the nine protected characteristics under the Equality Act 2010, employers need to tread carefully in dealing with any language issues. Failing to comply with discrimination law can have significant financial and reputational impact.
However, avoiding misunderstandings will likely be key for most businesses, as the consequences of any confusion in the context of financial, legal or health and safety requirements could be disastrous. There is also the possibility that employers miss the signs of bullying or sexual harassment among foreign workers because they do not understand the language being used. Additionally, non-speakers of a language could also feel excluded when their colleagues are speaking in a language that they cannot understand.
In the case of Griffin v Hyder Brothers Ltd, an English-speaking employee working at a petrol station complained of race discrimination and harassment when the owner and his manager spoke to each other about him in Urdu. While Mr Griffin did not win his case, as there was no evidence that what was being said about him was derogatory, it highlights the role that language can play in fuelling resentment among groups of employees.
There are legal considerations that employers should take into account. To ban a specific language in the workplace would likely amount to direct discrimination on the grounds of race. Additionally, a blanket policy requiring ‘English-only’ to be spoken in the workplace is likely to be indirect race discrimination. This is because, while the policy would apply to all workers, those for whom English is not their first language would be at a disadvantage in complying.
Indirect discrimination can be objectively justified as long as the employer can show that the policy is a proportionate means of achieving a legitimate aim. For example, a requirement that all staff in customer-facing roles speak English may be justified but this is unlikely to be proportionate if applied during break times and in social areas where there is no interaction with customers. Employers will, therefore, need to fully understand the make-up of their workforce and the variety of roles, before implementing any language policy.
There may be other alternatives to implementing a language policy but before stipulating a particular language should be spoken, it would be useful to review exactly what is required day to day. Overall, staff should be capable of carrying out the requirements of their role safely and communication should be possible with line management and colleagues they are working with. As a minimum, multi-language health and safety signs can ensure members of staff are aware of key safety issues in the workplace. The language skills of others, especially line managers, should also be considered and recorded as a central resource. Key policies should be made available in translated form where employers know some employees’ English language is limited. It may also be possible to bring a colleague who can translate during meetings, to ensure that an employee understands clearly what is being discussed. Such common sense, simple, measures may be all that is required, and carry much less risk than an unjustified blanket English language requirement.