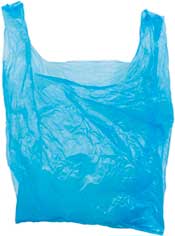 SCOTTISH shoppers used 750m supermarket thin plastic carrier bags in 2012, up 1.1% on 2011 according to latest data from not-for-profit recycling advisory company WRAP. That was the highest rate of use per person in the UK, says the Scottish Government. But carrier bag use is growing faster in England
The UK total was 8.1bn, up 1.3%. England saw a 4.4% increase, while Wales, which introduced a statutory charge for carrier bags in 2011 saw use decline by 76% in the first full year affected by the charge.
Holyrood announced last month that it will require Scottish retailers to charge a minimum of 5p a bag by October 2014.
And commenting on the data Scottish Government environment secretary Richard Lochhead said: “Thousands of Scottish people already use bags for life but it’s disappointing to see that shoppers are continuing to use a staggering 750 million carrier bags each year – that’s 12 bags each per month.
“The charge in Scotland will not be a tax but will see retailers donating the proceeds to charity – and we could see up to £5 million per year going to good causes.
“I look forward to working with retailers to implement our proposed system.”