ADAM Purves is a well-known name in the Borders. Established in 1879 as a blacksmith, the company moved into fuel and car sales, establishing a number of petrol stations and introducing both the electric fuel pump and, some decades later, the self-service filling station to the region. But its most impressive achievement may simply be that after 136 years the independent, family-run business is still around and still going strong.

That’s something forecourts manager Richard Garrie wants to see continue for many years to come.
“You walk down the streets now and see all these signs saying closed, for sale, to let. So many of the small boys are going, but we’re just not going to let that happen,” he said.
“Yes, I use Asda and I use Tesco and they’ve got their place in society, but so do the independent retailers and we’re going to stay and we’re going to fight.”
Richard has been with the company for a decade, but took on the position of forecourts manager four years ago, and Wilderhaugh, a site the company has owned since 1975, became his base.
Situated on the main commuter route to Edinburgh, and surrounded by homes and businesses, the forecourt has no shortage of potential customers. However, with Asda and Tesco supermarkets less than a mile away, and an Esso garage nearby, there’s also plenty of competition.
That’s why Wilderhaugh Service Station joined Spar in autumn last year, undergoing a comprehensive refit to turn the 900 sq ft shop into a modern, competitive convenience store. But it wasn’t a decision taken lightly.
“It took two years,” said Richard, who admitted to having concerns about entering into a deal with a symbol group, for fear of losing his independence.
“You’ve got to compete. You’ve got to give customers what they want. We spent a long time talking to our customers and what they want is to come in and get their bread for £1, eggs for £1, bacon for £1. By being on board with Spar we can put these offers out to our customers. They’re not paying forecourt prices anymore.

“They may end up buying something else for £1.50 that they could get in Asda for £1.30, but they’re still getting the bargains on the things they really want.”
Before the change, the shop mainly sold impulse items like confectionery and magazines. During the refit, undertaken by shopfitting specialist Vertex, the magazine section was condensed and put at the back of the store. Soft drinks and sandwiches, in new, energy-efficient fridges, were brought to the front.
A Costa Express machine was very carefully placed – it doesn’t simply offer good coffee but also catches the eye of people entering the shop and attracts them deeper into the store where they will find the considerably extended range of grocery products, value lines, alcohol and ready meals.
The new store was launched with an open day in October attended by customers, nearby business owners and even the local radio station. The months since have seen a change in the general perception of the premises, said Richard, with average basket spend going up by £3.
“The time between 4.30pm and 7pm has seen a 20% rise in customers coming through the door. I think that’s down to the ready meals and people getting what they’re wanting for dinner – things like mince, tatties, chicken. If you had put raw chicken in my fridges before, it would have ended up in the bin. But now we’re selling it. And that creates a real buzz.”
Breakfast and lunch are also peak periods, driven by sales of Costa coffee and £3 meal deals, including sandwiches from Fresh & Tasty in Galashiels.
“The easy thing would be to get processed and packaged sandwiches from the big suppliers, but I don’t want that,” said Richard. “I want my customers to get good quality food, delivered fresh to them every morning.”
A quick glance around the shop reveals other local items like Traquair House shortbread, pies from Hunters the Bakers and Borders potatoes.
“If we don’t support our local suppliers there’ll soon be another ‘for sale’ or ‘to let’ sign up and I don’t want that.”
Spar has embraced Richard’s commitment to local produce, while he has been enthusiastic about many of the wholesaler’s promotional initiatives – such as the new Spar Shop and Win prize draw.
But he’s clear about how he views the relationship. “We’re a forecourt petrol station that’s got a Spar. It’s a bolt-on that we use to our advantage. I cherry-pick what I want to do and if I don’t want something then they know it’s not going to happen. And that’s where I’m lucky – I’ve got the balance and I can do that, as opposed to being a company-owned Spar store. We do what we can to benefit us, and, more importantly, our customers.
“We pride ourselves on customer service. Everybody in here is a lord and a lady when they come in. It’s good, old-fashioned customer service in a modern environment. It can be done.”
In 2014, the forecourt was signed to a new five-year deal with Shell – a decision aided by consultation with customers.
“We could have got a better deal with another company, to be honest,” said Richard. “Our pence per litre would have been fractionally lower, but it was a brand that the customers hadn’t heard of. When we spoke to them, they told us they wanted the Shell brand.”
He doesn’t doubt the value of having a brand that customers know and trust. And Wilderhaugh Service Station has quite a few – Spar, Shell, Costa and Adam Purves.
“The four brands together outweigh any other in the area,” he said. “We’re lucky to be a part of that.” 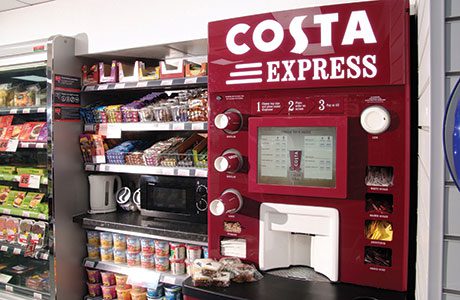 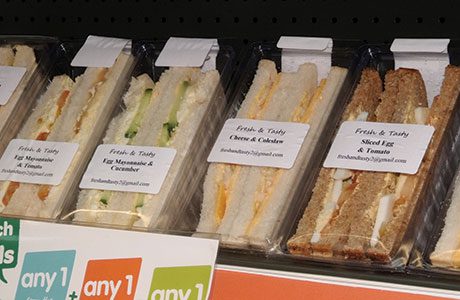 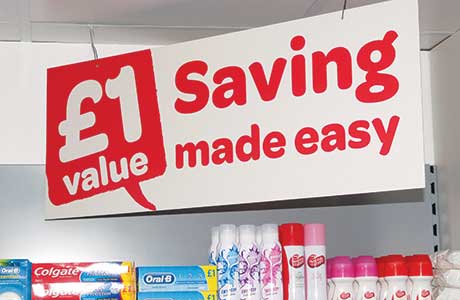