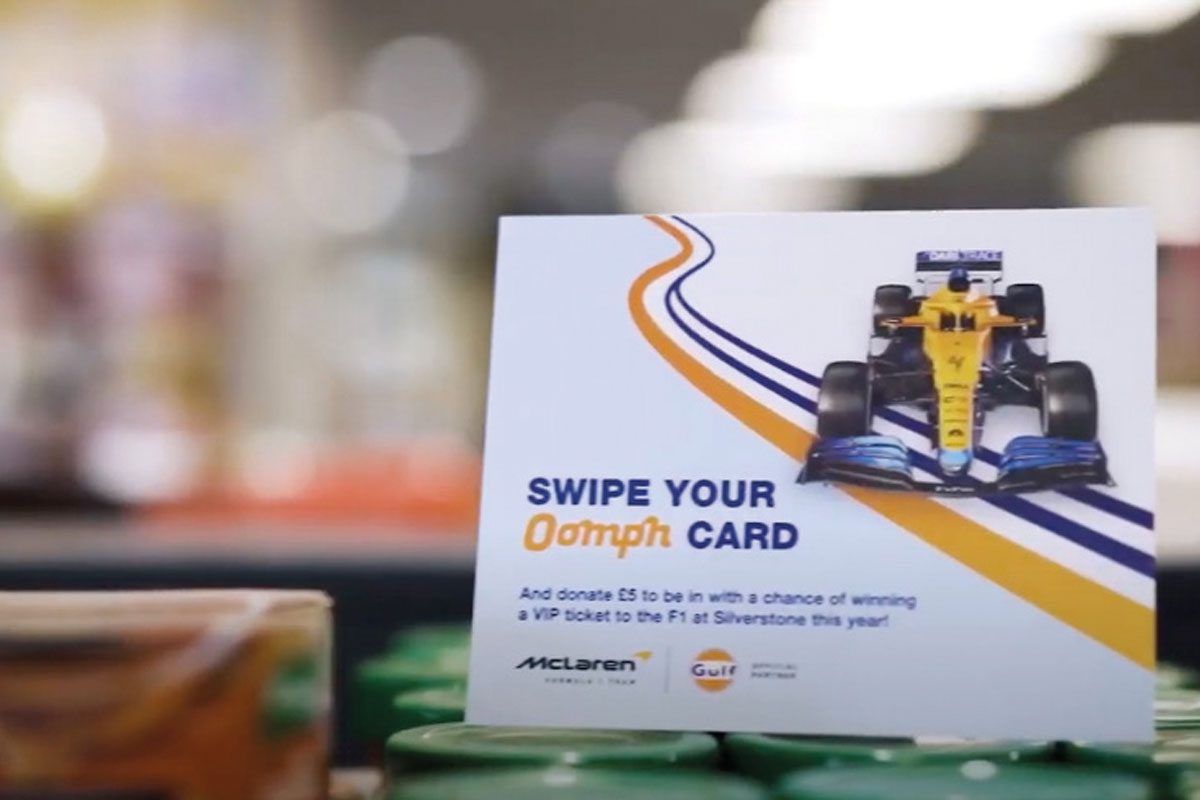 GULF has put the pedal to the floor when it comes to making the most of its sponsorship of the Woking-based McLaren Formula 1 team.

The fuel brand – which turned heads at the Monaco Grand Prix thanks to a special one-off retro Gulf branded McLaren livery – has also been capturing consumers’ attention on the forecourt through its partnership with the race team.

Over the summer, Gulf-branded Oasis Services, in Hull, ran a month-long promotion offering its consumers the chance to win a VIP trip to the British Grand Prix at Silverstone.

Gerry Welsh, retail marketing manager at Certas Energy, the firm behind Gulf, said: “We have seen huge interest and a real buzz generated by the Mclaren F1 link.

“Gulf’s tie-up with McLaren has been a success story on and off the track and we were delighted to have been able to support Malcolm and Oliver Blake at Oasis with a topical and very effective forecourt sales promotion.”