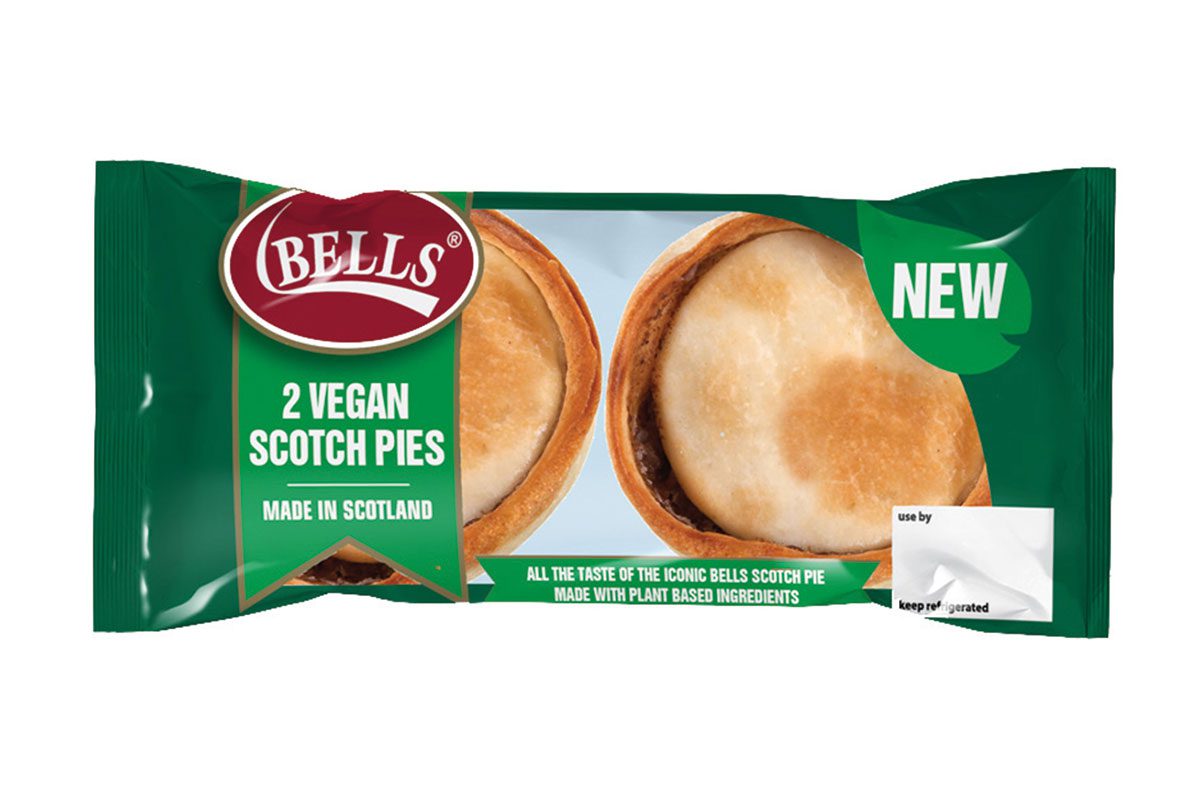 BELLS has launched a vegan alternative to its scotch pie.

Ronnie Miles, managing director at Bells said: “This new addition to our family mirrors all that is great about our scotch pie in a vegan format.

“It has taken time to develop as we wanted to produce a vegan pie which customers will love just as much as the original.”