INVESTIGATORS working for the Scottish Food Crime and Incidents Unit (SFCIU) are no strangers to success.

Last year the task force was instrumental in exposing a €200 million counterfeit tuna fraud, working in partnership with police from across Europe.

The tuna fraud – which involved treating can-grade tuna with an additive that allowed criminals to pass it off as a higher quality product – is just one of many types of food fraud investigated by the SFCIU.

Ron McNaughton, the former detective chief inspector who leads the SFCIU, wants to see greater engagement with those working in the food supply chain – including retailers – with the hope of signalling to food fraudsters that Scotland is closed for business.

“It’s about working together to make sure that it’s actually difficult for people to commit food fraud in Scotland.” 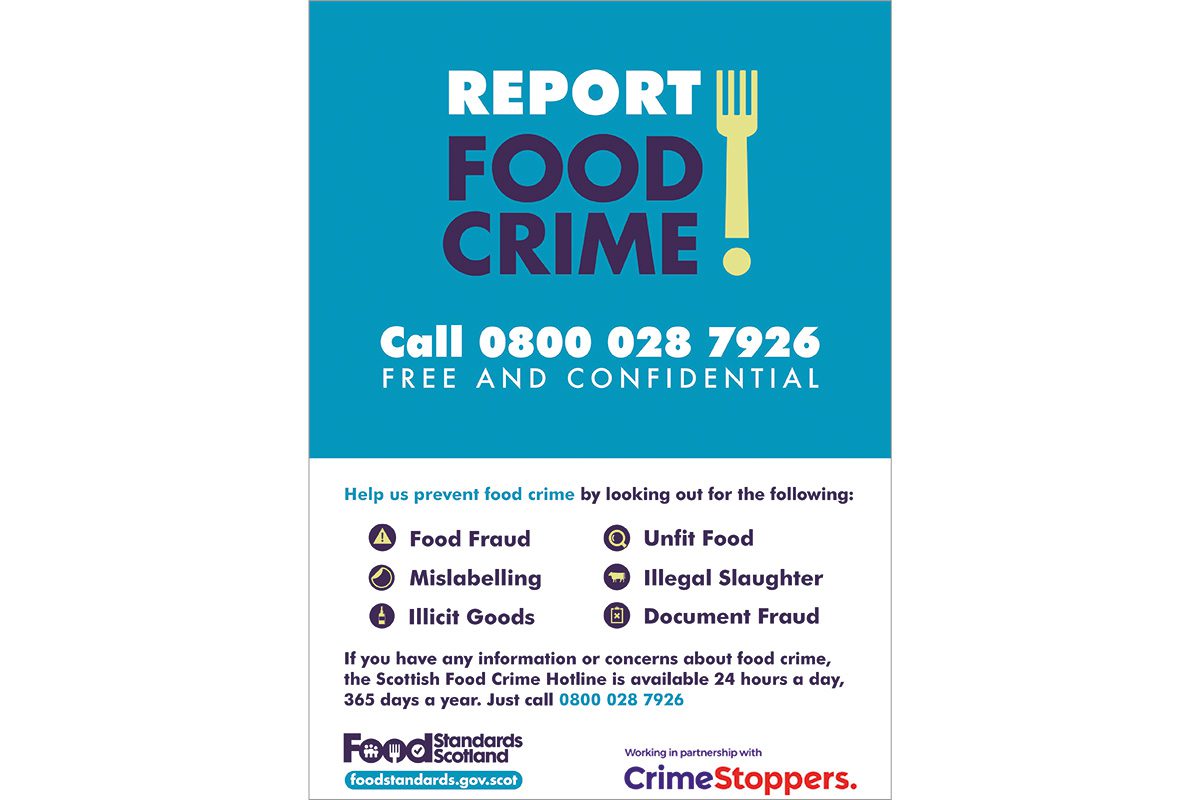 Food fraud is no small problem; it is estimated to cost the UK economy around £1.2 billion per year.

To combat this, the SFCIU, working in partnership with colleagues south of the border and in Europe, investigating fraudulent activity in the food supply chain, ranging from mislabelling of ingredients or place of origin to illegal slaughter and document fraud.

But to be successful, McNaughton said the SFCIU relies on industry help.

“For me, it’s about urging those individuals if they see something that’s not quite right in a food business they’re working on, someone cutting corners, whether it be putting people at risk or just about making more money, I’d urge those individuals to get in touch with us,” he said.

Individuals who wish to report a food crime tip to the SFCIU can do so by calling the Scottish Food Crime hotline, which is operated by independent charity Crimestoppers.

McNaughton added that callers can be assured that the SFCIU will act upon information provided and highlighted the severe consequences that can occur when food crime goes unchecked.

In 2012, 51 people died in the Czech Republic from methanol poisoning as a result of consuming counterfeit alcohol. Illicit alcohol is a major focus for the SFCIU this year, McNaughton said, as the unit strives to gain a better understanding of how counterfeit booze is impacting Scotland and the UK.