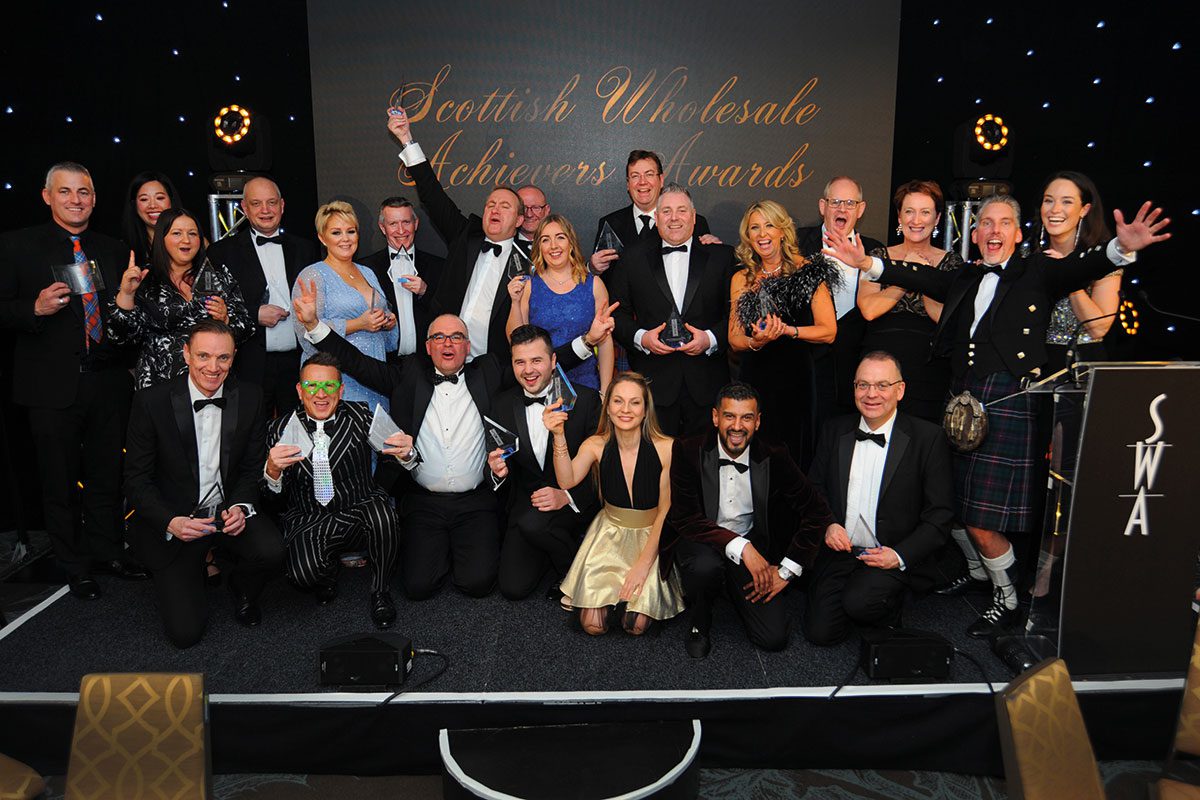 WHOLESALERS from across Scotland were celebrating success last month at a gala ceremony in the Sheraton Grand, Edinburgh.

Event organiser the Scottish Wholesale Association (SWA) reported that more than 400 guests were in attendance.

Among this year’s winners, Bidfood Scotland, JW Filshill and United Wholesale (Scotland) headed the field with three awards each.

There were two new awards for this year, Green Wholesaler of the Year – which was awarded to Booker – and Rising Star of Wholesale – which was won by Jason Butler, operations support manager at UWS.

The green award judges praised Booker for its efforts to cut carbon emissions, reduce energy use, waste prevention and minimisation, boosting recycling and stocking a range of environmentally-friendly products.

Butler was singled out for recognition, following interviews with proposed candidates, for his passionate account of his achievements at UWS.

Lorraine MacPherson, symbol development manager at UWS, was named employee of the year after judges were impressed by retailer testimonials about her.

Among the supplier awards, AG Barr had the most to celebrate, winning four categories including Best Overall Service.

The company’s regional business development manager for Scotland, Steven McGarry, was named Supplier Sales Executive of the Year, it won Best Advertising Campaign – voted for by the wholesalers – for its Get Some Irn In You Campaign and completed it quadruple with the Project Scotland award, which highlights suppliers’ understanding of the wholesale industry, for its launch of Irn-Bru Energy.

SWA chief executive, Colin Smith, said: “Our industry continues to experience unprecedented change and I applaud our wholesalers and suppliers who continue to find new and innovative ways to grow their businesses and develop their staff, create new revenue streams and provide the best possible customer service.

“As a trade association, we are working to achieve the best possible outcome for industry across a raft of legislative issues, including the deposit return scheme.

“We are also working to create our very own SWA Wholesale Sustainability Charter and, of course, we have launched our new SWA Training Academy.

“Developing a skilled workforce and working with members to invest in the future sustainability of the wholesale industry is top of the agenda for us in our 80th anniversary year.”