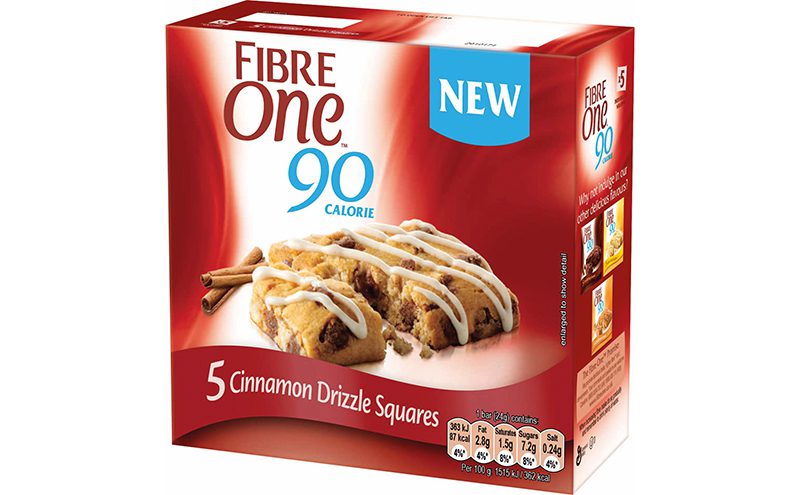 SNACK bar brand Fibre One has extended its range with the launch of a new cinnamon variety, marking the fourth new launch for the brand in two years of trading in the UK.

The new Cinnamon Drizzle Squares bar rolls out to the UK market following a launch in the US, where parent firm General Mills claims it has performed well.

Fibre One Cinnamon Drizzle Squares comprise cinnamon-flavoured pieces drizzled in vanilla, have an RRP of £2.89 and contain only 90 calories – a claim which is present on the bar’s packaging.

Other bars in the Fibre One range are Chocolate Fudge Brownie, Lemon Drizzle Squares and Salted Caramel Squares.

Support for the Fibre One range in 2018 will include a return to the small screen for the brand’s ‘Turn Around Barbara’ campaign. Further support will include a paid-for Instagram and Facebook campaign as well as in-store shopper marketing and promotional activity.