Scottish consumers are buying more upmarket ice cream than ever before, says Mackie’s of Scotland. And it says this means budget and often non-dairy tubs are in decline.

Commercial director, Stuart Common, said: “Data from Kantar Worldpanel has revealed that the premium ice cream market in Scotland is growing ahead of the rest of the UK at  2.1% total market share.”

Mackie’s says the research shows that 66% of the population now buy premium ice cream, purchasing it six times a year and spending on average £2.65 per litre, adding that sales of standard ice cream have plummeted by 10%.

Cocktails mix it up in the freezer 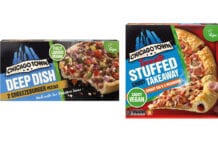 A warm slice of success