Perfectly Clear has become the first flavoured water brand to gain accreditation from low and no sugar campaign group Sugarwise. 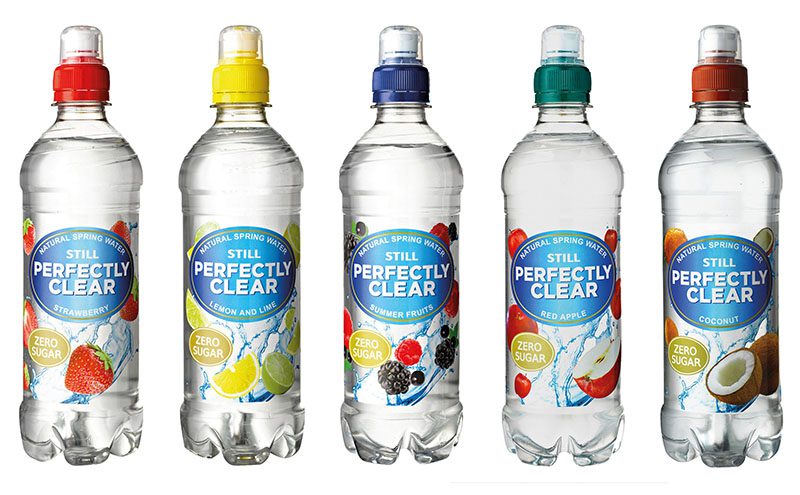 Bottles of Perfectly Clear now bear the Sugarwise logo, a symbol produced by the organisation to aid customers in identifying low and no sugar brands.
The accreditation follows a survey conducted by Perfectly Clear parent firm Clearly Drinks which found 80% of respondents were concerned about sugar content in drinks.
The survey was based on a sample of 1000 UK consumers aged 18-40.
Maurice Newton, commercial director at Clearly Drinks, said flavoured water has seen year-on-year growth, “over the past few years”, which he reckons is “likely a result of consumers shunning sugar-laden carbonates”.
“The backlash against unhealthy products resulted in decline of several food and drink categories in 2016, with sugar-laden drinks suffering as a result,” said Newton.
Perfectly Clear’s Sugarwise accreditation follows on from its “No S**** Science” Television campaign, launched in February 2016.
The campaign featured an anti-sugar ‘scientist’ and promoted the brand under the tagline Zero Sugar: Genius Taste.”