FORMER retailer Daniel Johnson MSP has said he plans to push for new legislation to protect retail workers from abuse and violence. 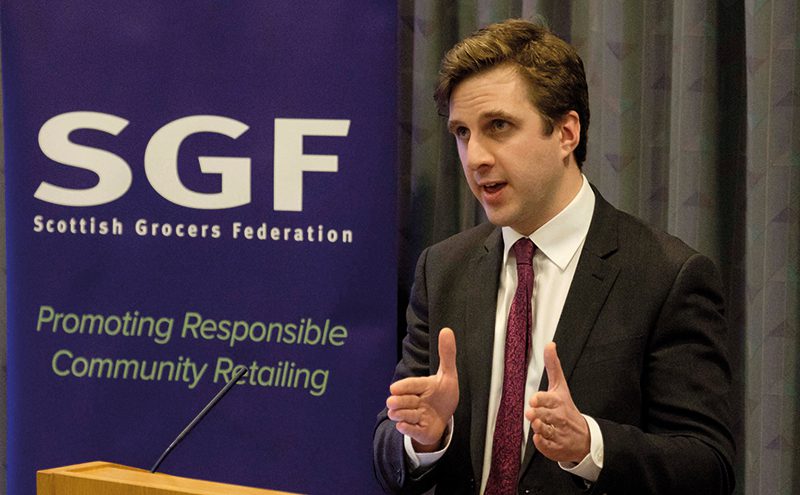 Speaking to Scottish Grocer at the SGF Crime Conference, Johnson said that in the face of “what appears to be a growing problem with violence”, the time is right to “start talking about what we can do to support retailers”.
The Scottish Labour MSP said he thought it was wrong that retail staff are held “personally liable” for upholding the law when refusing sale of alcohol and cigarettes, found to be the most common transactions to lead to abuse and violence,  yet they receive no special protection.
Attempts to protect retail workers through legislation were previously made at the Scottish parliament in 2010, but legislation to offer the same legal protection that covers emergency services workers did not get off the ground.
Johnson said he believes that legislation was too narrowly focused.
“The issue there was, in essense, that assault is a pre-existing crime,” said Johnson.
“This is why we’re taking our time over this. This is why we’re not launching straight into a consultation. We don’t have a fixed view of what that legislation may look like,” said Johnson.
New legislation to protect retail workers from assault will use existing protections for emergency workers as a “starting point,” Johnson said, but the MSP reckons parliament should look beyond creating “different categories of assault”.
“I think actually if you look at what the issues in retail are there’s not just violence but also the trigger of asking people to prove their identity,” said Johnson.
“Can we put some protection around that so it is a protected thing that a retail worker does, so impeding them could potentially be a crime?”
Moving forward, Johnson said he plans to work on the issue in conjunction with the SGF and USDAW.