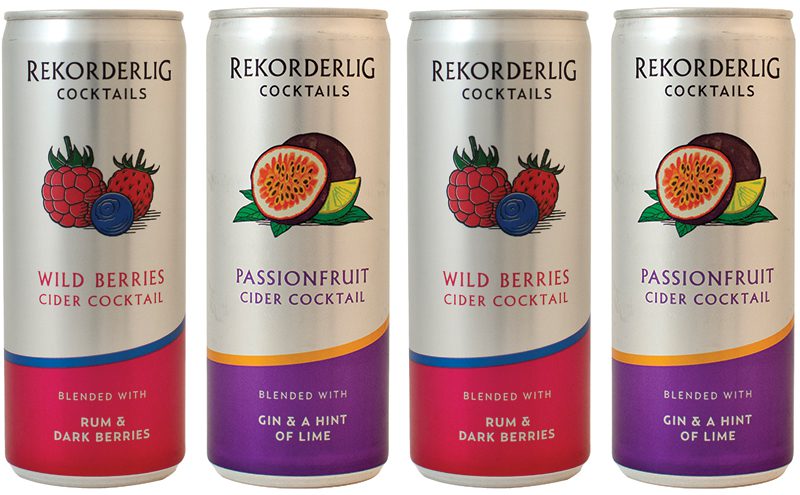 SWEDISH cider Rekorderlig, which is brewed at a family-owned fourth generation brewery in Vimmerby and is now handled by Molson Coors in the UK, launched its new range of Rekorderlig Cider Cocktails recently.
The three products in the range combine Rekorderlig with spirits and other ingredients.
Rekorderlig Passionfruit Cider Cocktail is Rekorderlig cider infused with gin and lime, Rekorderlig Wildberry Cider Cocktail includes the cider and dark fruit and rum.
And Rekorderlig Strawberry-Lime Cider Cocktail features the brand’s strawberry and lime flavoured cider mixed with mint, elderflower and vodka.
The brand is currently running a 30-day midsummer festival in and around London waterways featuring a special Swedish craft Midsommarstång, named after the traditional pole used as the centre of summer festivities in Swedish villages, which is anchoring in different parts of the English capital next to Swedish-inspired events in everything from dining to cooking and speed dating.

Time to return to TV

Reap the benefits of cider in stores

A fizzy taste of the tropics