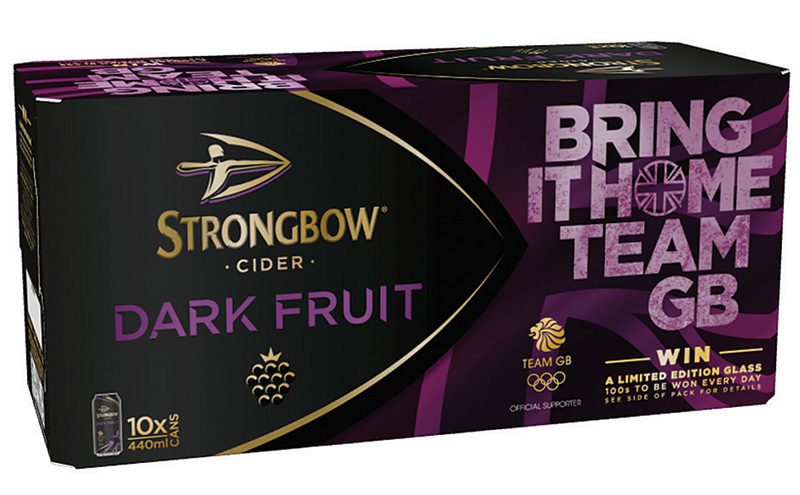 BRITAIN’S biggest-selling cider Strongbow has become an official partner of Team GB in Rio Olympics this year.
Major activity across the summer will include limited-edition packs, an on-pack promotion, and a multi-million pound media campaign including TV, outdoor and digital activity.
The Team GB logo is included on all limited-edition packs, which became available to the off-trade last month and will be on sale until September. Each pack will be designed with its own message. Strongbow Original says “Strike Gold Team GB”. Strongbow Dark Fruit says “Bring It Home Team GB”. And Strongbow Cloudy Apple says: “Aim High Team GB”.
All Strongbow packs in the off-trade will feature an on-pack competition in which customers can win a limited-edition branded glass. Hundreds of glasses will be given away each day.
Limited-edition packs include: Strongbow Original 10 x 440ml, 12 x 440ml and 15 x 440ml; Strongbow Dark Fruit 10 x 440ml; and Strongbow Cloudy Apple 10 x 440ml. 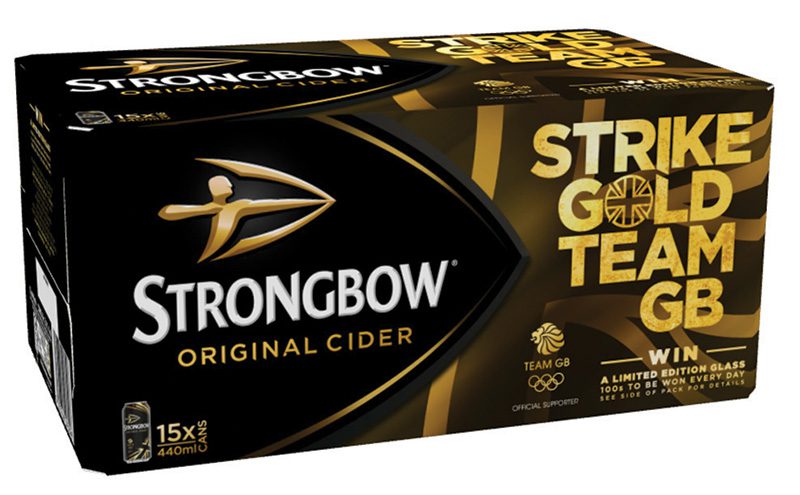 Time to return to TV

Reap the benefits of cider in stores