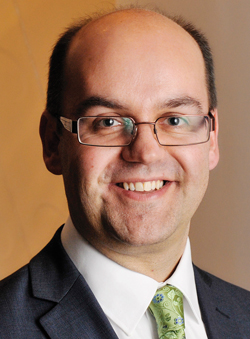 INDUSTRY group the Scottish Retail Consortium continued its campaign to achieve significant reform of Scotland’s business rates system last month as it highlighted changes to rates poundage and large premises’ supplements that took effect from the beginning of April.
Business rates in Scotland were set to increase as the main poundage rate rose and the extra rates supplement paid by firms occupying medium and larger-sized commercial premises doubled, the SRC said.
The changes were being introduced at a time when shop vacancies were mounting, with one in every 11 retail premises in town centres now lying empty, and with retail employment in Scotland having fallen by 3,500 last year, it added.
Research published in March found that businesses are contributing a far greater share towards local authority funding than before. Tax revenue from business rates has risen by 42.5% over the past seven years, in contrast to council tax revenues which had grown by only 7% the organisation said.
In 2007-08 business rates and council tax had generated similar amounts, £1.86bn and £1.89bn respectively. By 2014-15 however business rates contributed £2.65bn, some £628m more than council tax.
From 1 April the main poundage rate increased to 48.4p in the £, and the extra supplement levied on larger firms’ premises was doubled to 2.6p. The doubling of the supplement will add an extra £60 million each year to bills, and affect one in every eight commercial premises in Scotland, according to the SRC.
Commenting as the changes were about to be introduced David Lonsdale, director of the Scottish Retail Consortium, said:
“A thriving retail industry is a great route to better paid jobs, more commercial investment, a stronger indigenous supply chain and additional tax revenues.
“The industry is undergoing significant transition and retailers are seeking to respond positively with substantial investment in new technology, a more skilled workforce and better logistics. However, this is made all the harder by the rising cumulative burden of government-imposed costs which is an acute problem and is holding back investment.
“Increases in business rates have been wholly out of step with the other main local property tax, with rates tied to an escalator whilst council tax has been frozen. Retailers stump up a quarter of all rates paid and this is ratcheted up year after year with little or no regard to trading or economic conditions.
“We want to see all of Scotland’s political parties commit in their election manifestos to delivering a reformed and competitive business rates system which flexes with economic conditions,” he said.
On the larger firms’ supplement Lonsdale added:
“Given existing concerns about Scotland’s relative economic underperformance compared to the UK as a whole and the pressing need to lift private sector investment, this hike in the supplementary tax is both odd and troubling.
“We’ve yet to hear a convincing explanation as to why firms operating from medium and larger-sized premises in Scotland are better placed to be forking out more in rates than firms in comparable premises elsewhere in the UK.
“Our fear is that this Scotland-only surcharge could open the door to even higher business taxes in future if there is a shortfall in devolved tax revenues. It could also undermine support amongst firms in future Business Improvement Districts ballots, as BIDs are themselves funded by extra levies on rates.”