ACCORDING to market analyst Key Note the UK fruit juices, energy and juice drinks market fell by 0.6% in value in 2015 but it is predicting future growth.

It says two years of decline can be put down to the on-going campaign to reduce sugar consumption across the country. 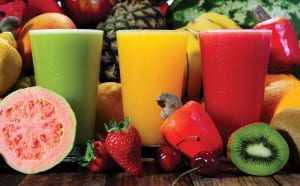 In its latest market update it said that following strong growth, fruit juice went into decline in 2013 following public health concerns over the presence of natural sugars in the drinks.

The government decided that fruit juice should remain part of its recommended daily consumption of five portions of fruit and vegetables but the debate had significant impact on demand according to Key Note.

Reflecting the decline in value Key Note estimates juice and juice drinks combined with energy drinks accounted for 32.1% of total UK expenditure on soft drinks in 2015, which was down slightly from 32.3% in 2014.

“In addition to growth in the low/zero-calorie sector that spans the soft drinks industry, the development of products with new and exciting flavours or new vitamin-rich functional ingredients has been key in driving value and volume across virtually all product categories.

“Such activity follows the wider trend across the food and drink market of consumers increasingly demanding greater varieties in flavour.”

It forecasts that by 2020 the UK market for fruit juices, energy drinks and juice drinks will have grown by 2.1% to a value of £5.06bn. 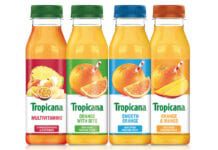 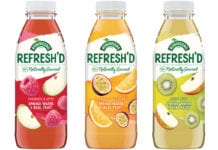