WHISKY has been very important to the Scottish drinks scene and to Scottish retailing for many generations. But despite the fact that Scotch whisky is revered across the world, as perhaps the planet’s best and most prestigious spirit, it has at times struggled in its home country against other drinks most notably vodka.
It’s a huge seller certainly. Last March when Scottish Grocer used Nielsen figures to research Scotland’s most valuable off-trade drinks we reported that in the 12 months to early January 2015 sales of blended Scotch whisky in Scottish take-home were worth £108m. But sales had dropped by 5% year on year.
The story on malt whisky looked considerably better. Sales of malts through Scottish off-trade in the same period reached just under £37m, which represented a 7% increase in sales value.
Imported whisky with sales of just over £15m were up still more – by 13%.
It meant total whisky sales through Scottish off-trade were worth around £160m. That compared to £191.7m achieved by vodka, which was up 5%, and to £45.5m achieved by gin, which was up by 6%.
So the overall performance on whisky in Scotland in recent times has been mixed. But it’s clear that mainstream blended Scotch whisky has fared less well than many other spirit groups in the Scottish off-trade.
We plan to report on 2015 figures in March this year and it will be interesting to see how individual brands have done. Because in recent years many of the biggest brands have varied quite considerably in their performance.
Much of that is likely to be down to supermarket-based promotions. If a brand promotes heavily, especially with price-led promos it may well see its sales figures rise quite considerably and, as a result, may well jump a place or two in the sales league table. That appears to be just as true for malts as blends.
But if some brands appear to have been on a sales roller coaster in recent years the handful of top brands has remained broadly similar.
And those brands remain the key blended whiskies that retailers should certainly consider stocking.
Top of the pile remains the Famous Grouse. In March last year we reported that it had registered more than £30m worth of Scottish take home sales in the Nielsen figures.
That was more than 28% of all the blended Scotch whisky sales in Scottish take-home and the brand had seen growth of 5% at a time when blended Scotch whisky sales though take-home outlets in Scotland had declined by 5%.
In recent times the Famous Grouse has extended its range to include other expressions of the whisky. One of those, Black Grouse, a peatier, smokier version of the Scotch had shown signs of growth. But presumably the brand owner thinks it could do better still, because towards the end of last year it was effectively relaunched as The Famous Grouse Smoky Black.
Second biggest-selling whisky in the March 2015 report was Whyte & Mackay, accounting for £21.5m although it was shown as down in line with the market by 5%. In the intervening period Whyte & Mackay has redeveloped its marketing activity and as the festive season approached it launched its new Surprisingly Smooth poster campaign.
Third-best selling whisky brand in Scottish off-trade was Bell’s, the biggest selling Diageo-owned whisky in the UK. For the year into early 2015 it was recorded by Nielsen at £17.4m and was measured as up by 4%, so well ahead of the market at that time and almost as good a sales growth performance as The Famous Grouse.
Now it’s important to note that The Famous Grouse, Whyte & Mackay and Bell’s really are the big three in Scottish take-home blended Scotch.

Their combined sales of £69.25m represent 64% of blended Scotch sales through supermarkets, convenience stores and other off-trade outlets in Scotland.
To put it another way those three blends are worth almost £2 in every £3 spent on blended Scotch in Scottish take-home.
The other two significant blends in the table of sales to early 2015 were Grant’s Family Reserve on £6.6m sales and High Commissioner on £6.3m. And that means the top-five selling blends take more than three-quarters of sales.
Grant’s Family Reserve brand owner William Grant & Son stresses the importance of bottle size to different types of off-trade retailer of whisky.
Category manager Faye Oliver, said that in convenience outlets 70cl bottles account for 53% of sales. But decreasing duty has seen a resurgence in sales of 1-litre bottles in grocery multiples, with values sales of 1-litre whisky up 9.1%.
One in five spirit sales in convenience stores is a 35cl half bottle, she said. 20cl bottles are also performing well in convenience outlets with sales up 11.7%. Miniature 5cl bottles have also shown growth in c-stores in recent years and more recently have entered grocery multiples, leading to value sales of almost £23m and growth of 15.1%. The
5cl size is now the fastest-growing bottle size in the
market, she said.
In malt whisky the top sellers are close together and positions can change from year to year and are likely to reflect promotional campaigns in supermarkets.
Aberlour, Glenlivet, Glenmorangie and Glenfiddich have all had malts that have vied for leadership in Scottish take-home with around £3m worth of off-trade Scottish sales.
But the malt scene is becoming quite complicated with a number of brands introducing non age-stated malts, either to replace former entry level expressions, which would often have carried a 10 year-old or 12 year-old age statement, or to serve as a new bottom rung of the range that might hit competitive price points.
And many of the firms are also extending ranges at the other end of the price spectrum, introducing long-aged versions or expressions that have been aged or finished in special casks.
It can make the malt scene quite complicated for the retailer. But it also opens up opportunities for small stores to practice a degree of specialisation. And many of the malt ranges now also feature specially packaged malt whiskies in a range of bottle sizes and at a variety of prices.
And, from a retailer’s point of view, all of that can make malt whisky good to stock as a potential gift for Christmas, Fathers’ Day, or Burns Night. 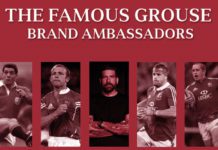 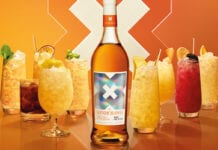 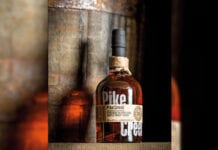